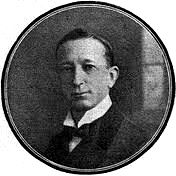 At the end of his period at the Royal Military Academy of Turin, Montù studied at the Turin Polytechnic University, gaining a degree in Electrotechnical Engineering.
In 1909 he was elected to the Chamber of Deputies in the ranks of the Liberal Party.
He enjoyed a rapid military career, being promoted to Captain in 1911, Colonel in 1916 and General in 1918.
In 1908 he organised the first aeronautical exhibition in Italy by Leon Delagrange and then promoted the constitution of the SAT (Turin Aviation Society), becoming its first President, a role he held until July 1926. In that year, the SAT began its transformation into an Aero Club, under the Special Commissioners Hon. Baron Carlo Emanule Basile who was followed by Count Paolo Thaon di Revel.
In 1911 he organized the expedition of the “Voluntary Aviators in Cirenaica”.

In his time he was President of:

n 1914 he was a founding member of the CONI (the Italian National Olympic Committee), becoming its President in 1920. For the 1920 Olympics, held in Anversa, his was the idea to provide all the Italian athletes with the light blue colours which are so well known today. (The gesture was in honour of the Italian Royal (Savoy) family whose colour this had been for centuries.
He was a member of the CIO (International Olympic Committee) from 1913 until 1939 and of the FAI (International Aeronautical Federation) 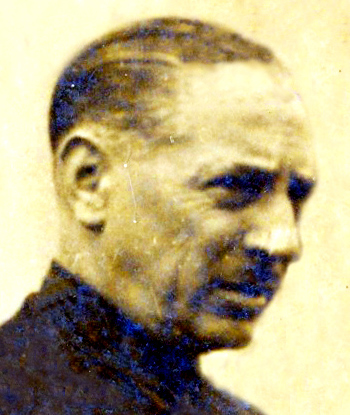 MA military officer by career, he became a Brigadier General in the Novarese Lancers.
As a young man, he studied painting under the Torinese artist Marco Calderini, and maintained this passion for painting, water-colours in particular, all his life. Today, paintings of his fetch ever-increasing sums on the antiques market. From 1946, when he retired from the Army, he worked extensively as an illustrator.
In 1917, he married Anna Engelfred, and their first son, Maurizio (1918-1942) became a pilot with the rank of Lieutenant in the Italian Air Force, decorated with the Slver Medal during the war in Greece, but shot down during the war in the African desert.
Carlo di Robilant was President of the Aero Club from 1927 until 1930. 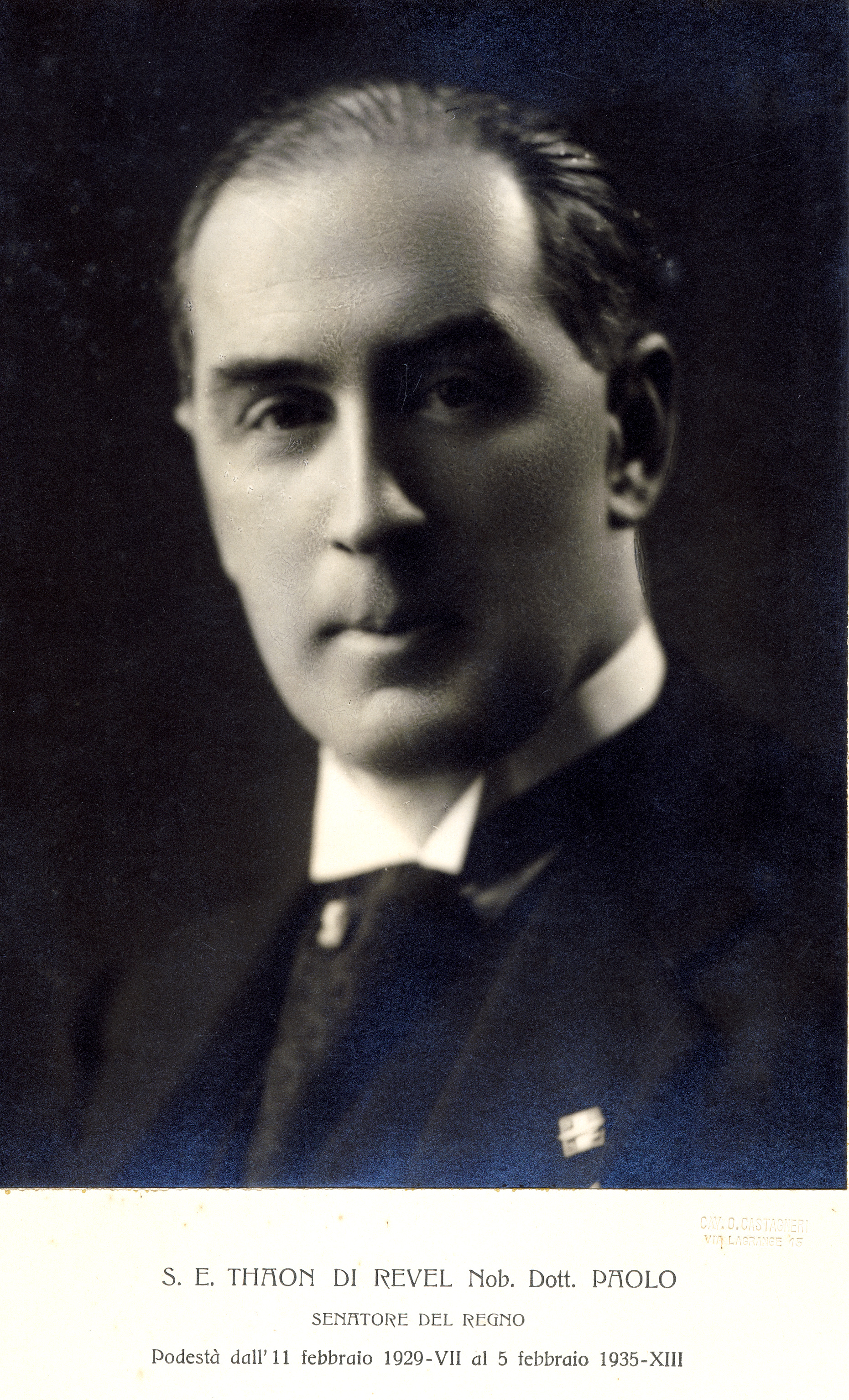 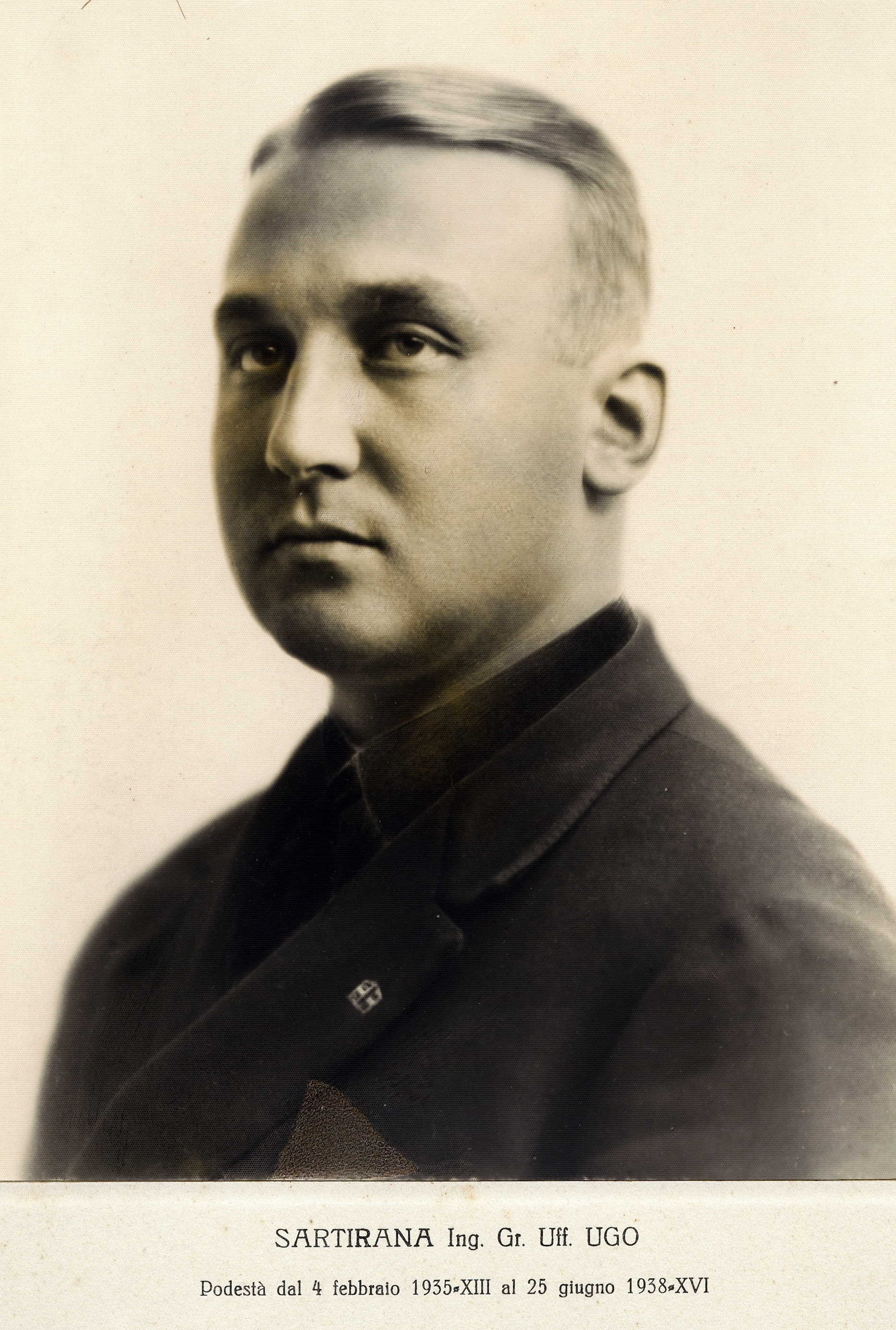 Born into a family of industrialists, in 1927 Sartirana was awarded a degree in Engineering from theTurin Polytechnic University. He was nominated as the “Podestà” (mayor) of Turin in 1935, a position he held until 1938.
He married Teresa De Vecchi by whom he had two children.
In 1938 he charged Prof. Luciano Jona with the amalgamation of the various public tramway systems into what became the Municipal Society SATTI.
He was President of the Aero Club Torino from 1934 to 1938.
He died in 1965 at age 64 in Montecarlo, where for many years he had been in charge of the French branch of the (Torinese) Caffarel chocolate company. 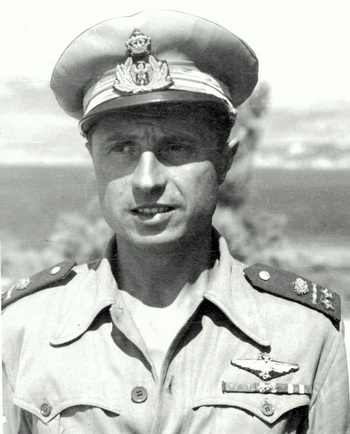 The scion of a noble family - one of the Italian Risorgimento’s main protagonists, Luigi Carlo Farini, was a relative of his - he gained his degree in Electrotechnical Engineering from the Turin Polytechnic then in 1927 married Silvia Bellia.
His pilot’s brevet was awarded at the Mirafiori airfield, crowning his passion for flight, to which he dedicated his entire life.
A founder-member of the Avio Linee Italiane, he became its Managing Director, developing a network of international routes for the first time in Italy.
As an officer pilot of the Regia Aeronáutica he took part in the Spanish Civil War, and in 1938, on his return, he was elected to the Presidency of the Aero Club Torino.
During the Second World War, he was a pilot with the C.A.I. (Corpo Aereo Italiano) in Belgium, undertaking a number of missions.
Later, he took part in the campaign in Greece, followed by supply missions to the Italian troops in Tunisia.
In April 1943, while leading his squadron, he was attacked by British fighters over the Straits of Sicily. Despite being serously wounded, he managed to make a difficult emergency landing, saving both the aircraft and the crew. For this exploit, he was awarded the Military Silver Medal for Gallantry.
Following the war, he renewed his interest in civil aviation, becoming part of the “Centro Trasporti Aerei” which in 1955 saw him committed to a project for a helicopter service between Turin, Milan and Genoa as a consultant on behalf of FIAT and Alitalia. He was later appointed as Italian representative to IATA.
Dedicating himself to avant-garde means of transport, he founded, and was the first president of ELIVIE, the first company in Italy to operate regular helicopter services between Naples, Ischia and Capri.
In the '70s, as the representative of the Bristol Corporation, he was the MD of the first company in Italy to operate regular passenger hovercraft services in the gulf of Naples.
He was later accorded the honourary title of Pioniere dell’Aviazione Civile (Civil Aviation Pioneer).
Count Farini was President of the Aero Club Torino from 1938 tol 1946. 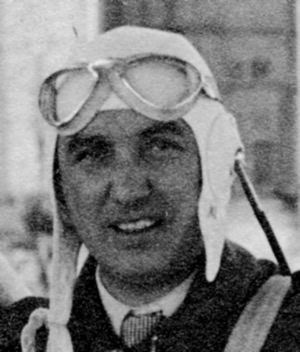 Balbis was an Economy and Trade graduate, becoming an important figure in Piemontese financial circles.
In 1926, with a number of associates, he founded the “Bank of Vigone”. This successively changed its name to “Bank of Vigone, Rosso, Balbis and Rabbia” in 1933, then was further renamed as the “Bank of Balbis, Guglielmone and Villa”, following a partial buy-out by new partners Teresio Guglielmone and Gianfranca Villa.
In 1952 this was merged with the “Bank of Turin”, already owned by Francesco Balbis and Senator Teresio Guglielmone. The fusion resulted in the Torinese “Balbis and Guglielmone Bank”.
He was President of the Aero Club Torino from 1946 to 1950 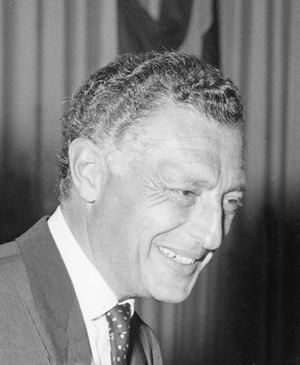 Agnelli was one of the great Italian industrialists, the main shareholder and President of FIAT and also President of the RIV company for 25 years.
He was the second of seven children  born to Edoardo Agnelli and Princess Virginia Bourbon del Monte. Universally known as “Gianni Agnelli”, he was also fondly known by his nickname “the Advocate”.
He married Marella Caracciolo dei Principi di Castagneto in the Castle of Osthoffen in Strasbourg. The couple had two children, Edoardo and Margherita.
After an instruction course at the Cavalry Application School in Pinerolo, he joined a motorized regiment and was initially sent to the Russian front and from there to North Africa.
He gained his degree in Jurisprudence from the University of Turin in 1943.
In 1945 he was elected Mayor of Villar Perosa (near Pinerolo). In 1947 he became President of the Juventus Football Club. He travelled widely, mainly to famous places, meeting with many of the International jet-set. His friendship with John Fitzgerald Kennedy dates to that period.
In the summer of 1952 he was the victim of a terrible motor accident in which his right leg was seriously damaged, risking amputation.
He was President of the Aero Club Torino from 1950 to 1970 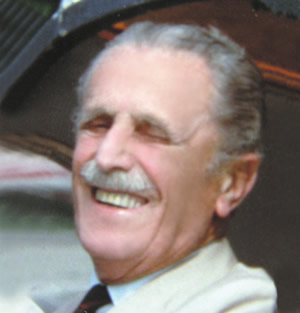 Son of a wealthy family, Casana ran a company producing fire-fighting equipment.
The doyen of Torinese pilots, he had frequented the airfields at Mirafiori, Venaria Reale and Aeritalia and continued to fly right up to the end of the 1990’s in his “historic” LM-5 Aviastar I-PIER (built in 1947 by Francis Lombardi).
He was awarded his licence for powered flight in 1932, and his gliding licence in 1933. That same year, he founded the Gliding Section of the Aero Club Torino.
He was a highly capable pilot, distinguishing himself both in air sports and during the 2nd World War, where he was a night fighter pilot.
He was the first President of the FIVV (the Italian Gliding Federation).
In 1953, he officially started the gliding school at Aeritalia.
He was the president of the Aero Club Torino from 1970 to 1974 and honorary president of SAGAT, the management company of Turin’s Caselle airport during the 90’s.

Although he held a degree in Jurisprudence, Viano never became an advocate, applying his management talents in large companies, first with the Savigliano Ferroviaria, then as Personnel Director for Lancia followed by a similar post at FIAT Mirafiori.
He was President of the Aero Club Torino from 1974 until 1978. 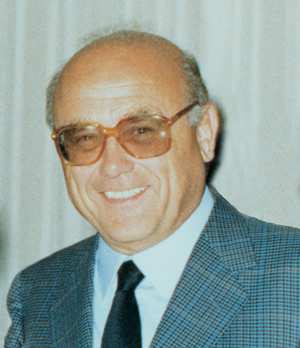 Owner of a small company on the outskirts of Turin making sofas and chairs, Marchisio left this behind to dedicate himself to flying.
In 1978, with venture capital supplied by Carlo De Benedetti (Olivetti), Giovanni Valla (petrochemicals) and Gaetano De Rosa (FATA) he founded the air taxi company “Eurofly”, becoming its CEO. This was afterwards acquired by Ing. C. Olivetti & Co S.p.A, in conjunction with Alitalia and San Paolo Finance S.p.A. in 1989 with the aim of transforming Eurofly into an air charter company.
He died at the controls of a Bell-206 helicopter (I-SLYE) which struck a high-tension cable over the Stura river near Lanzo during a aerial filming flight on behalf of the RAI (Italian radio & TV company).
He was President of the Aero Club Torino from 1978 to 1986. 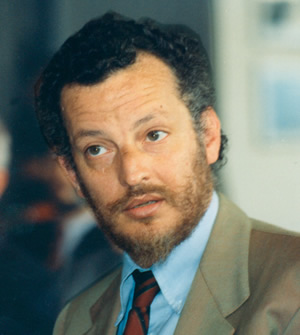 Son of Gianni Agnelli end Marella Carcciolo dei Principi di Castagneto , and seen as due successor to his father at the head of the FIAT company, Edoardo soon showed that he had little interest in material things, dedicating more and more of his time to philosophical and spiritual themes.
His father tried to interest him in some of the many family-related interests, among those being a brief period on the Board of Director of Juventus, and, on the suggestion by councilors Eng. Vittore Catella and Baron Piero Casana, as President of the Aero Club Torino, a position he held between 1986 and 1990. He fell to his death from a viaduct near Fossano in November 2000. 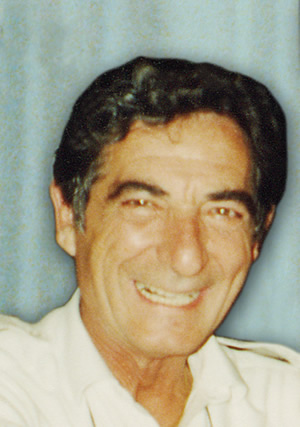 Balzano was a brilliant entrepreneur in the metal-mechanical field.
He gained his pilot’s licence at age 37, then went on to take a helicopter pilot’s licence.

Extremely fond of racing, he took part in many Italian competitions, winning three regularity races, and in 1980, with his SIAI-Marchetti 260, participated in the Paris-New York-Paris race with his friend Gipo De Maria, where they came 2nd.

In 1987, once again with Gipo De Maria and also Gigliola Scorta, he took part in the Paris-Beijing-Paris speed race with a twin-engined Piper Aerostar. 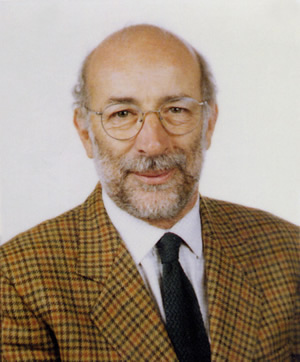 Renzo Ruspa is a multifaceted entrepreneur, an innovator and successful businessman both in the automotive and leather goods fields.
A car racing enthusiast, during the period 1970-72 he took part in various races, including a Targa Florio.
Out of curiosity, he became involved with the world of aircraft and remained fascinated with it, to the extent that at around 50 years of age he studied for and obtained his pilot’s licence.
He was President of the Aero Club Torino from 1994 until 2000. 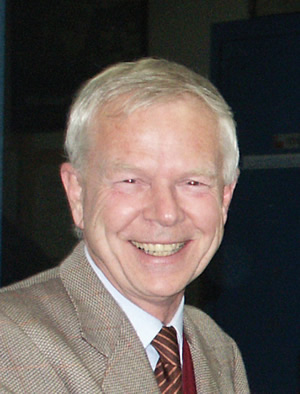 Villa gained his degree as an electronics engineer from the Turin Polytechnic University and was very successful as an entrepreneur in the production of electronic equipment.
As a young boy he was enthralled by aeromodelling, constructing his first glider when he was only 12. Years later, his contact with real aircraft saw various flights in gliders unknown to his parents, who were against this, mainly due to the fact that his uncle, an officer in the Air Force, had been killed during the war. It was only from 1985 that he gained his pilot’s licences with the Aeroclub Torino.
Although he had come late into the world of flight, he dedicated himself to it with passion and enthusiasm. In 1994, he was elected to the Governing Body of the Aeroclub Torino, with responsibility for powered flight, then in 2000, at the end of Renzo Ruspa’s presidency, took on the new role as President, an office which he held until 2002. 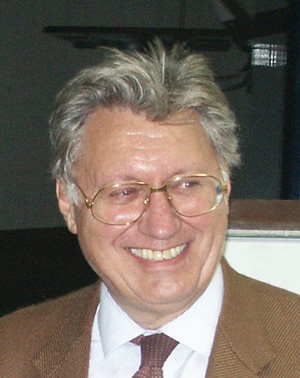 Moriondo got a degree in Economy and Trade, and has spent his entire working life as a commercialist. His free time is now dedicated to flying.
Like Villa, he also took up flying somewhat late in life, but this has only augmented his passion and enthusiasm for it. He gained his first pilot’s licence in 1980.
In 1984, he was elected as a member of the Governing Body of the Aero Club Torino as the Gliding Specialty representative, later becoming the Director of the Gliding School.
He was president of the Promotional  Committee which was responsible for the campaign which won for Turin the organization of the International Aeronautical Federation’s “World Air Games” in 2009.
On the 1st of November 2002, he was elected Aero Club President, an office which he holds till today. 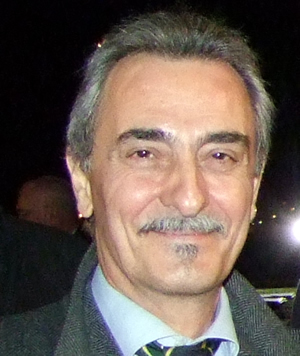