Delagrange flies in Rome and Milan

Delagrange had been invited to Italy by Engineer Cinzio Barosi on behalf of the Pro Torino Association, who wanted him to fly his aircraft in Turin. But the Board of Directors, all ardent Royalists, out of respect for the King, (or perhaps, as the more maliciously-minded insinuated, hoping for financial aid by the Savoys) took him first to Rome, where the first flight in Italy took place before representatives of the Royal family on the 24th of May 1908 at Centocelle. 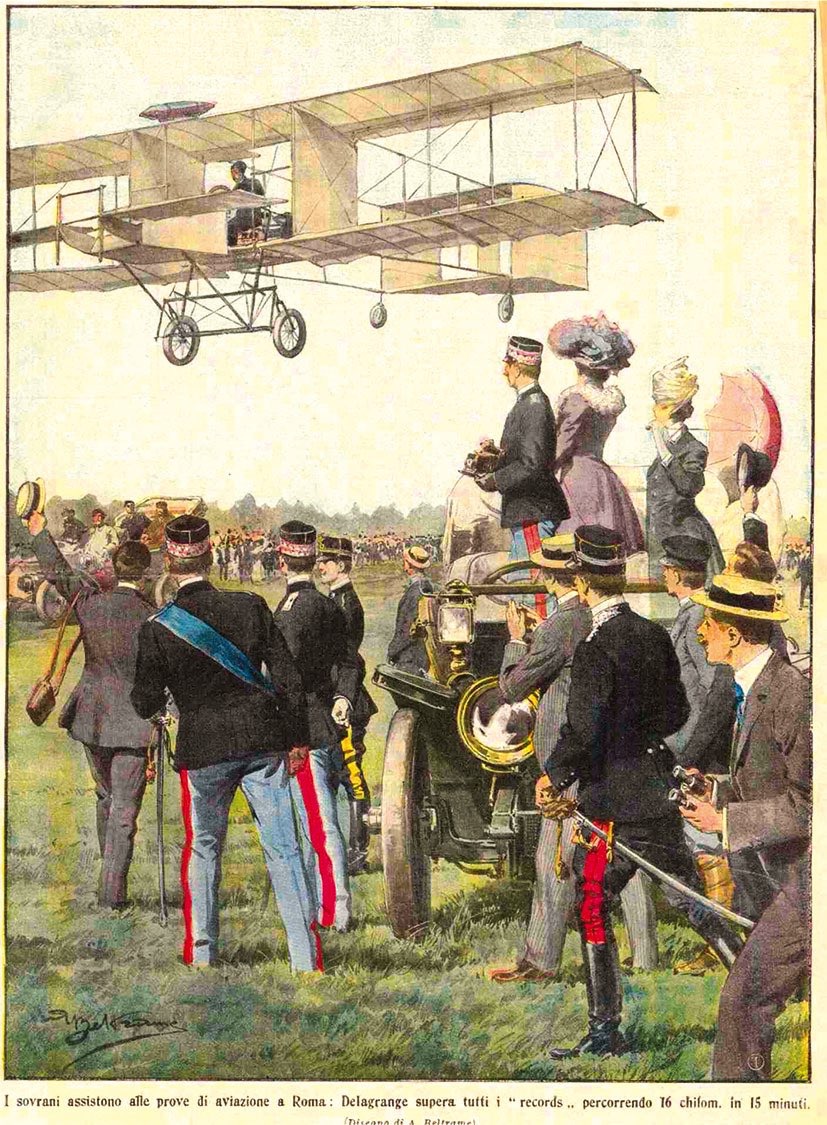 Unfortunately for Delagrange, the display was a failure and the comments of the Roman press duly reflected the disappointment of the Roman public. The famous poet Trilussa pilloried Delagrange’s abortive flight with: “Pieno de boria, s’arzò quanto un mazzo de cicoria”, (“Despite his conceit, he rose less than three feet”). The well-known “Sor Capanna” writing in the Roman dialect added even more poison: “Chi cor tramve, chi cor legno, pe’ vede’ vola’ sto fregno”. (By tram and cart they came to view, but that contraption never flew).

On the way back from Rome to Turin, Delagrange was invited to sojourn in Milan by the Mayor, Senator Ponti, promising him a prize if he could sustain a flight of 15 minutes, thus setting a new record. Delagrange attempted this several times between the 18th and 24th of July but was unable to achieve the objective.

He decided it would be better to postpone things until he reached Turin. The records he wanted to beat were those of height (12 metres, held by Farman) and his own, for duration, which he had previously set with a flight of 14’23”. Unfortunately, none of the flights made in Turin managed to better the existing records. 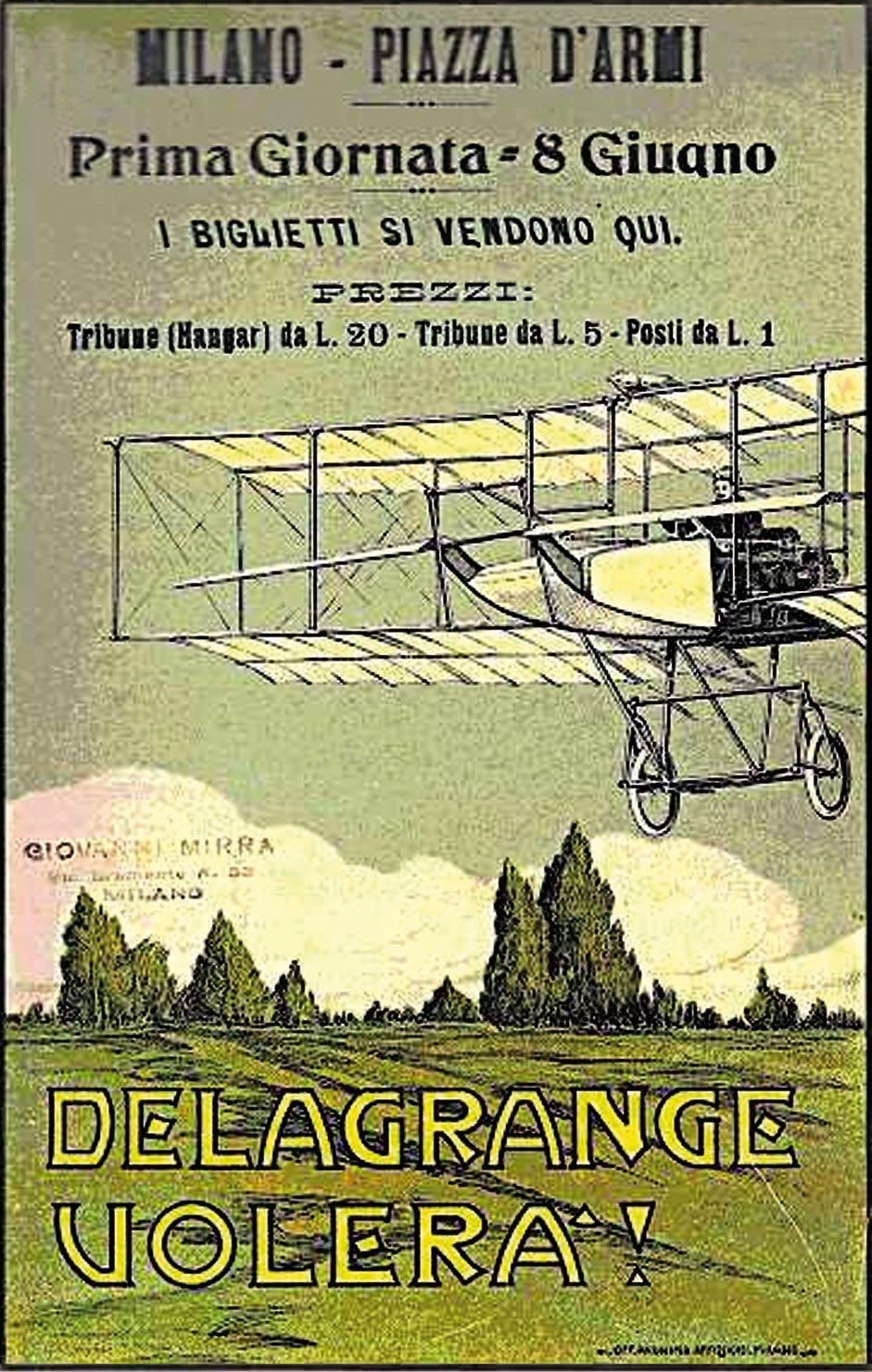