The international exhibition of 1911 was assigned to Turin to celebrate the 50th Anniversary of Italian Unification.

On that occasion the Expo Committee of Turin, in cooperation with the celebrations committee in Rome, the Italian Touring Club, the Parioli Company and the Parisian “Petit Journal”, organized a Paris-Rome-Turin raid offering some half a million lire in prize money. 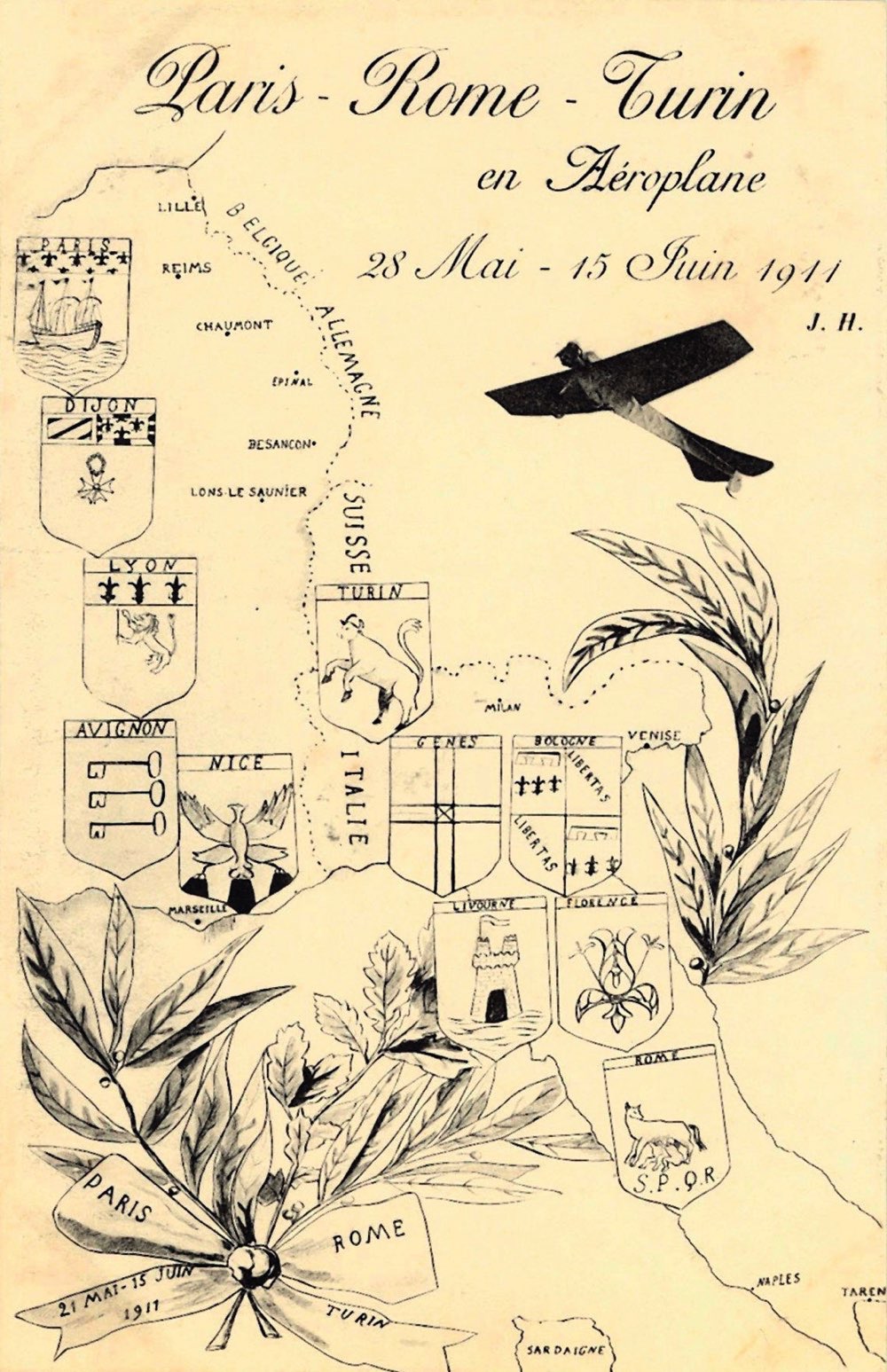 On the morning of May 28, 1911, at 05.43, 26 aviators began to take off from the Buc aerodrome in Paris. The Torinese pilot Manissero was the only Italian participant.

The only pilot to complete all stages in a regular manner as far as the Parioli aerodrome in Rome, where he arrived on May 31, was André Beaumont. Roland Garros, André Frey and Renato Vidart also reached Rome.

As previously mentioned, the only Italian in the race was Romolo Manissero who took off from Buc at 6.07, but had to land in Ballancourt since his Blériot had engine trouble. The following day he landed in Avallon for the same reason but after repairs had to land again at Coulmier, near Chatillon. From here he finally landed in Dijon at 18.27, still with engine trouble, where he decided to abandon the race. 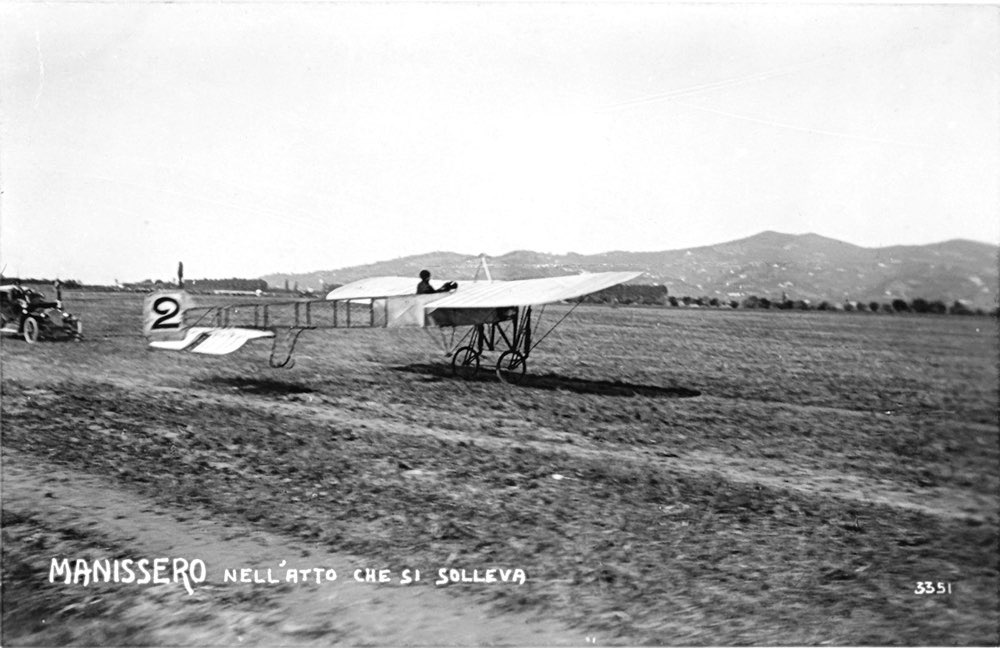 The race should have continued from Rome to Turin, where a large crowd, gathered for the International Aviation week, was waiting for them. Everything was prepared but due to bad weather, only Frey with his Morane attempted the enterprise on June 13. This failed with an accident near Viterbo caused by dense fog. Frey was severely injured in the accident, being stuck for thirteen hours in the wreckage of the aircraft, with a broken leg, a broken arm and a broken jaw. He was finally found by a rescue team and taken to the Ronciglione Hospital where he remained hospitalized for a considerable time. When he recovered his senses, he claimed to owe his salvation to his helmet and the ground made soft by the rain.

André Beaumont (pseudonym of Lt. Jean Conneau) was deemed the winner ahead of Roland Garros, Andrea Frey and Renato Vidart. 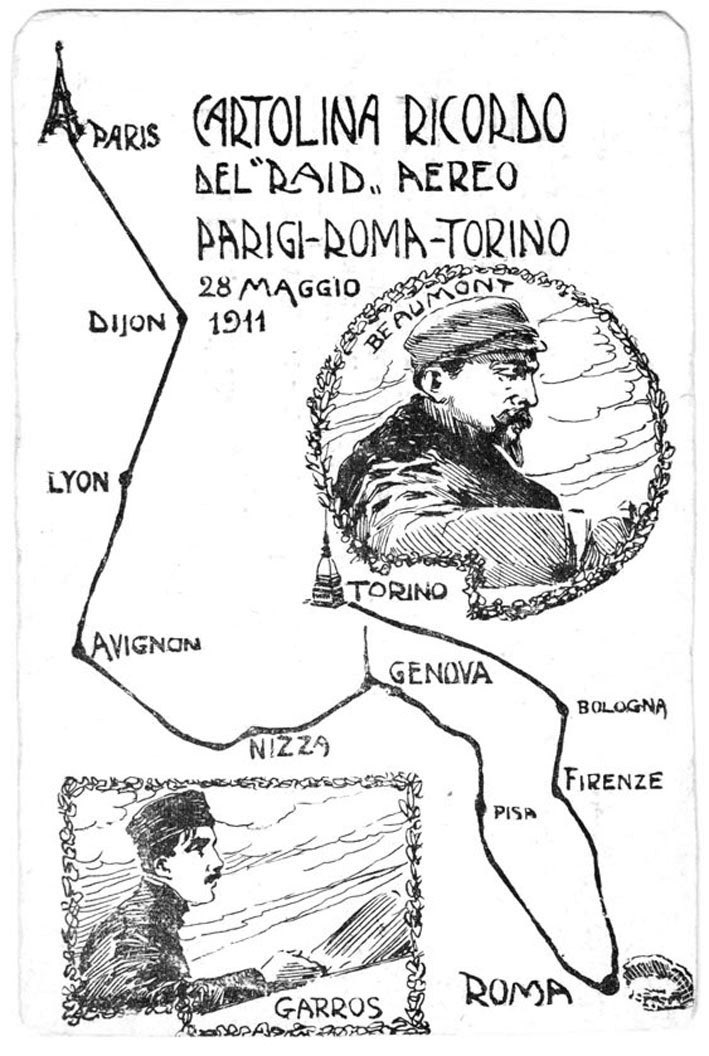 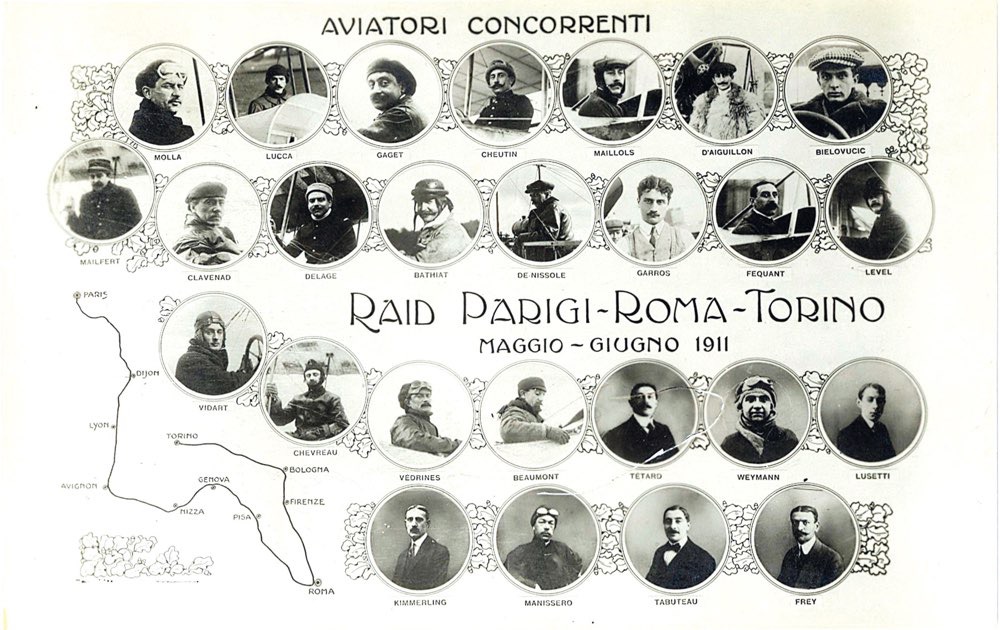 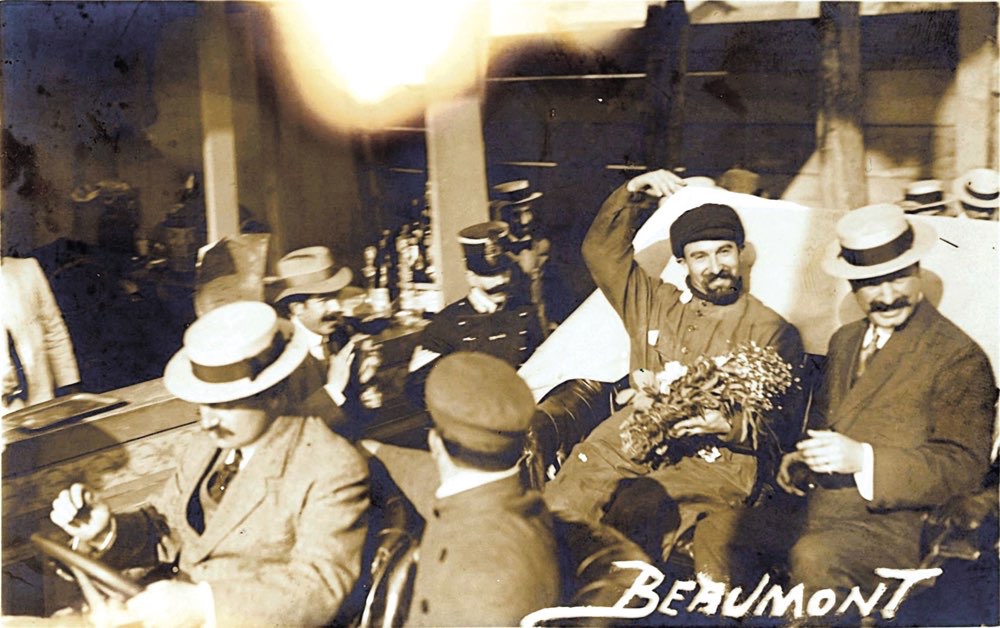