Incorporation of the helicopter emergency service “118”

In 1995 the Torino-Aeritalia airport was registered within the Piedmont Region’s civil protection plan and later, on April 29, 1998, the Aero Club Torino signed a convention with the Region to incorporate the helicopter emergency rescue service on the airport (transferring it from the cto hospital). This was the first step in the formation of an operational platform for public services with the future intention of also siting the helicopters of the Fire service, the Civil Defence, the Forestry service and any others required to operate within an airport structure provided with all the essential services. 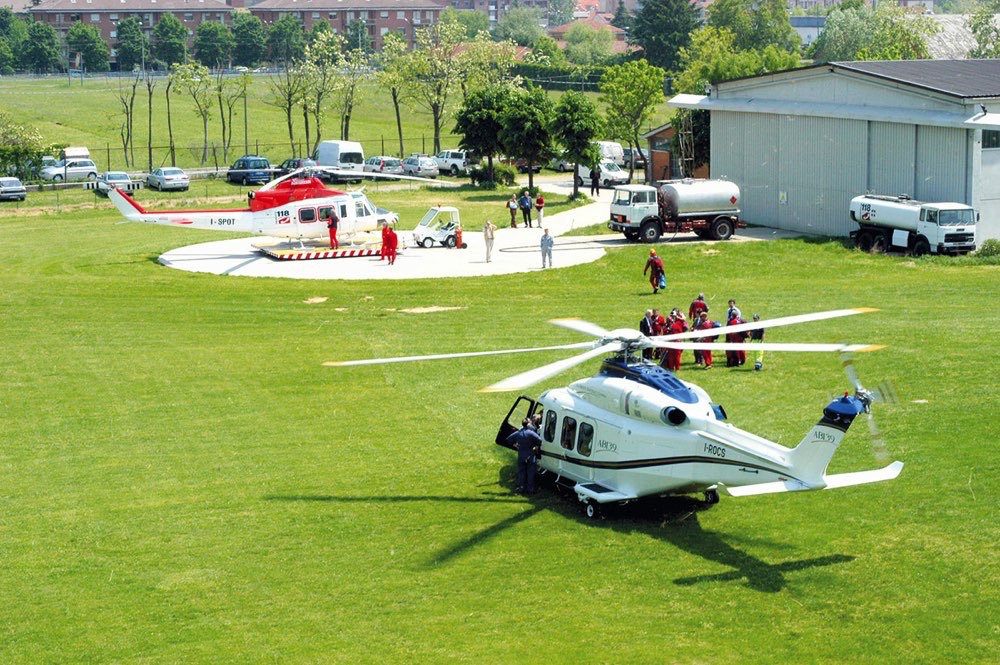 The establishment of this Helicopter rescue service marked a moment of fundamental importance, when what was an “ancillary service”, managed by non-technical personnel (Police, Carabinieri, Fire Brigade) without medical expertise, was effectively transformed into a “health” service, operated by crews with doctors, reanimators and nurses specializing in life-saving treatment using specially equipped helicopters. The service is called hems (Helicopter Emergency Medical System) and also comprises equipment and personnel for mountain and spelologic rescue.
The use of military helicopters for rescue operations was practically abbandoned and their prevailing intervention was oriented to sar (Search And Rescue) missions.
In 1999, to meet the operational needs of the hems, the Aero Club Torino restructured and adapted the low building formerly used by the parachutists and the glider crews and built a new hangar for the helicopter shelter in the south-east area of the airport, all at the expense of the Aero Club itself.
On November 1, 2014, for the first time in Italy, a night flight hems service was inaugurated on the Aeritalia airport in collaboration with enac, enav and Agusta-Westland, allowing an H24 operation of the service, with the certification of specific instrument procedures between the Base and Hospital Helipads of the Piedmont Region.

From 1995 until 1998, in the north part of the airfield, a 3-hole practice golf course was set up. This became quite popular with both club members and the general public.
From 1995 onwards, the aircraft fleet was also increased and partly renewed through the acquisition of 6 aircraft and 2 gliders as well as the complete renovation of two aircrafts.
In October 1996, due to the changes in air traffic requirements restructuring of the control tower was begun.
The project, comprising an enlarged and higher tower with administrative offices for the Enac staff, was designed by Engineer Diego Menardi.
Work was completed during the presidency of Alessandro Villa in 2001. The inauguration and opening ceremony took place on the 15th of May that year with the ribbon being cut by the Deputy Minister Ugo Martinat in the presence of the Mayor of Collegno Umberto D’Ottavio and the Prefect Dr Achille Catalani. 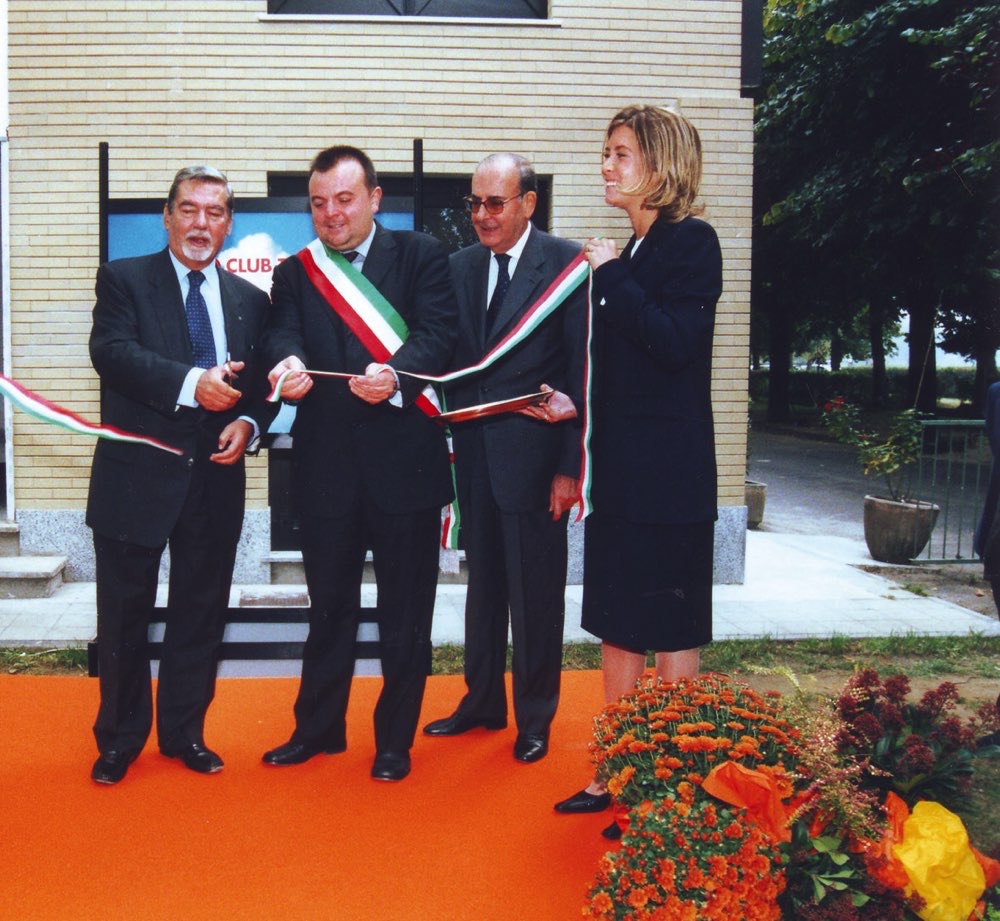 At the same time, the bar-restaurant area of the Aero Club on the ground floor was enlarged and improved, while the offices and classrooms on the first floor were also significantly renovated.
In 1998, the by then old and dilapidated wooden shed used by the gliding fraternity was demolished and a new facility built in its place.
In 2002, new drains were installed for the offices and the bar-restaurant.
Renzo Ruspa was succeeded as President by Alessandro Villa in 2000. In 2002 Angelo Moriondo was elected as President. Both carried on the process of renovation and investment begun in 1994. 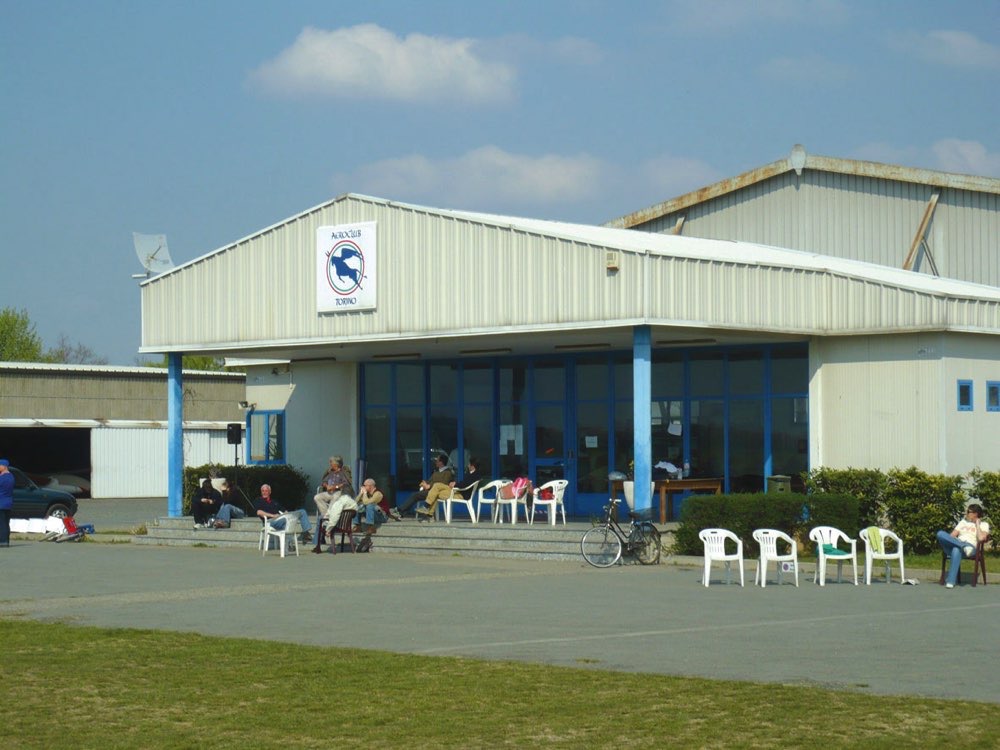 Airfield activity was revitalised to the extent that in the closing years of the 20th Century, an average of 28.000 traffic movements and 4.500 flight hours per year were recorded. These figures placed Aeritalia Airport second only to Caselle for the numbers of moviments (about 45.000) in Piedmont. It also made it the 10th busiest airport in Italy, with more activity than the airports of Florence, Olbia, Genova, etc.

The Aero Club Torino’s flying school, in its various disciplines, saw an average of 55-60 students each year, most of whom going on to some professional aeronautical occupation. At the end of 2010, thanks also to the convention with the Grassi Institute (see following pages) a total of 102 students were participating in the two disciplines of Gliding and Powered flight with 17 instructors. 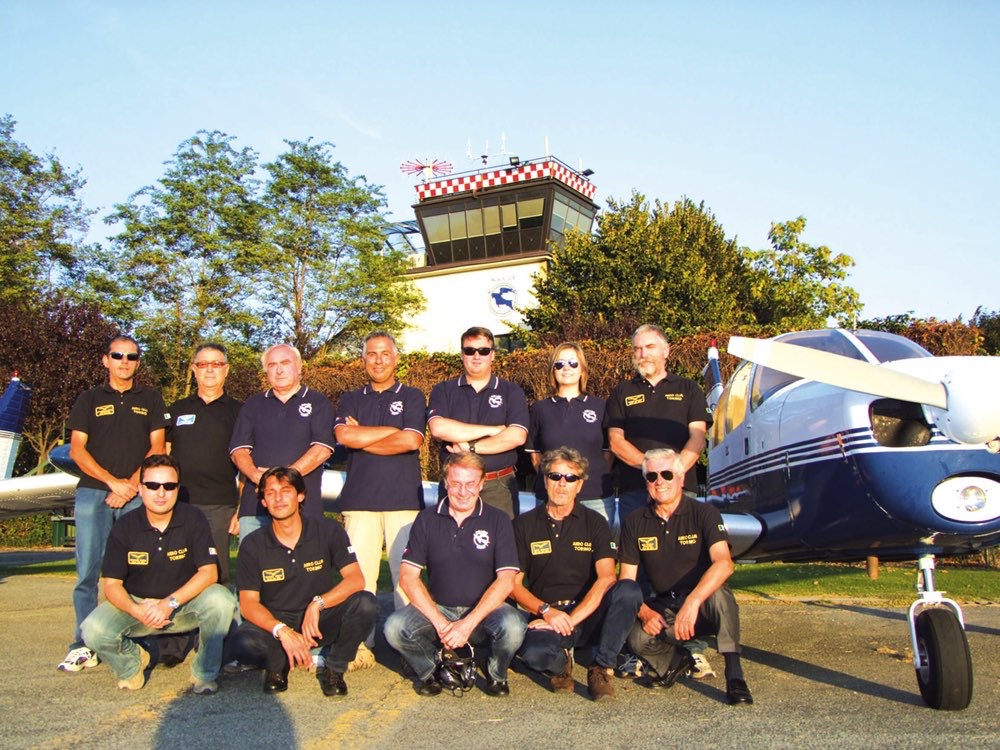