On the morning of the 5th of May 1947, the first flight of the newly-formed Alitalia took off from the Aeritalia airport on the Turin-Rome (Urbe)-Catania route with 18 people aboard. The aircraft was a FIAT G.12CA trimotor (registered as I-DAHL), named “Alcione” and with the company’s chief pilot, Col. Virginio Reinero at the controls.
Constituted on the 16th of September 1946 as Aerolinee Italiane Internazionali (Alitalia) and capitalised 40% by bea (British European Airways), 40% by IRI and the remaining 20% by private funds, including FIAT, the company fleet initially consisted of four FIAT G.12’s and four Savoia Marchetti SM.95c’s. These were followed by three British-made Avro Lancastrians that same year.
However, these aircraft needed a much longer runway for takeoff, therefore the Rome base was transferred from Urbe to Ciampino.
The first international flight (destination Oslo) was made by an SM.95C on the 6th of July 1947.
By the end of the year, the company network had 7 destinations for a total of 9,185 km, and had carried more than 10,000 passengers.
Finally, on the 23rd of May 1948, the first intercontinental route was established with Buenos Aires using the Lancastrian.
So the story of Alitalia which began in Turin has reached the present day, with alternating fortunes. 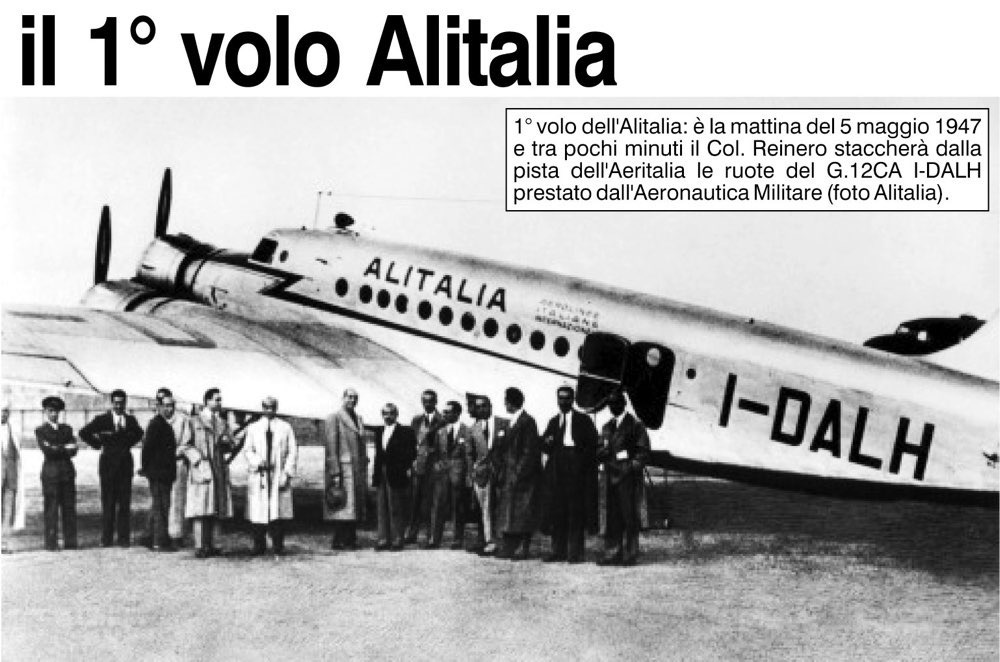