The CIAMM - The missionary pilots

On the 19th of March 1959, a flying course for members of the CIAMM (Centro Internazionale Aviazione e Motorizzazione Missionaria) was inaugurated with a Mass at the airfield, conducted by the Missionary Bishop Mons. Arduino, assisted by Don Paolo Gariglio. A large crowd from religious orders attended. Among these were a number of nuns from the congregation of St. Luigi Gonzaga di Alba and Italian missionaries from Pakistan, the Mentawai Islands, Indonesia, Latin America and the Far East. 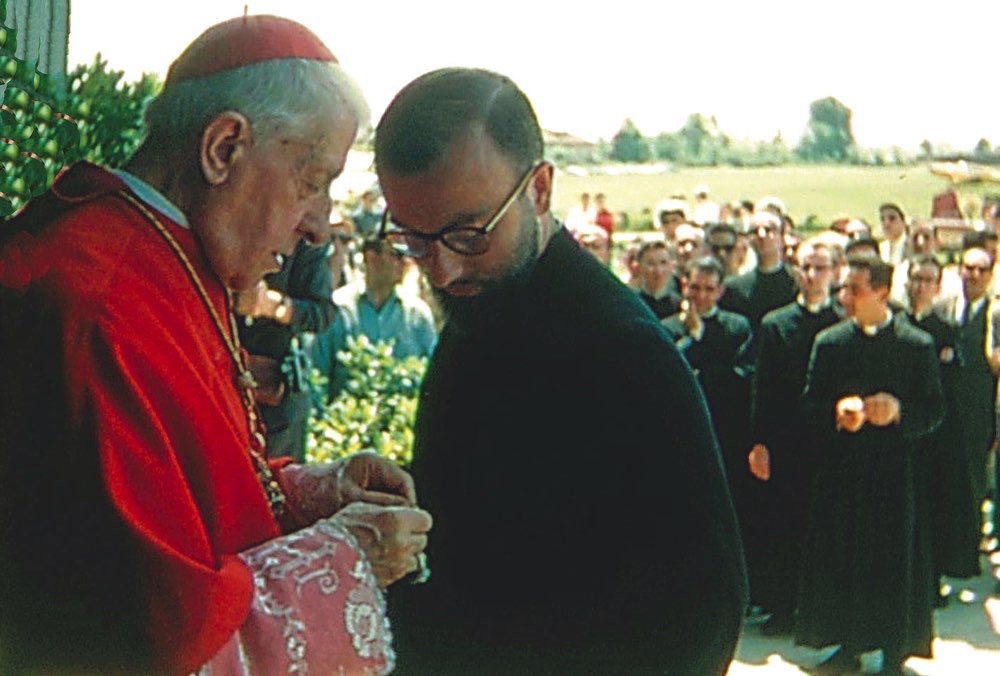 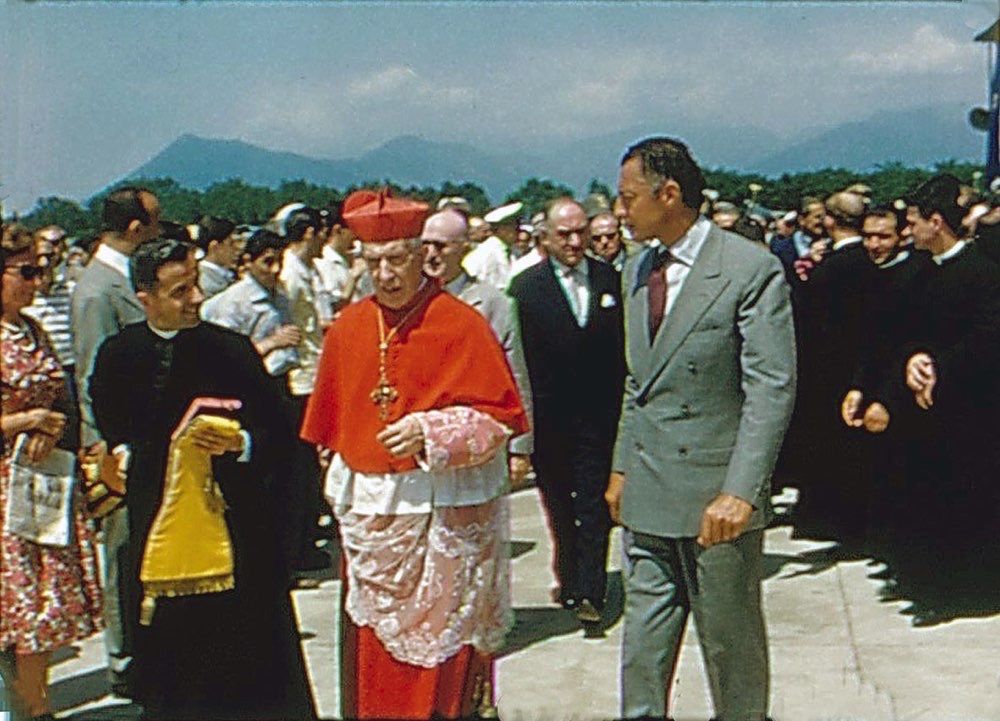 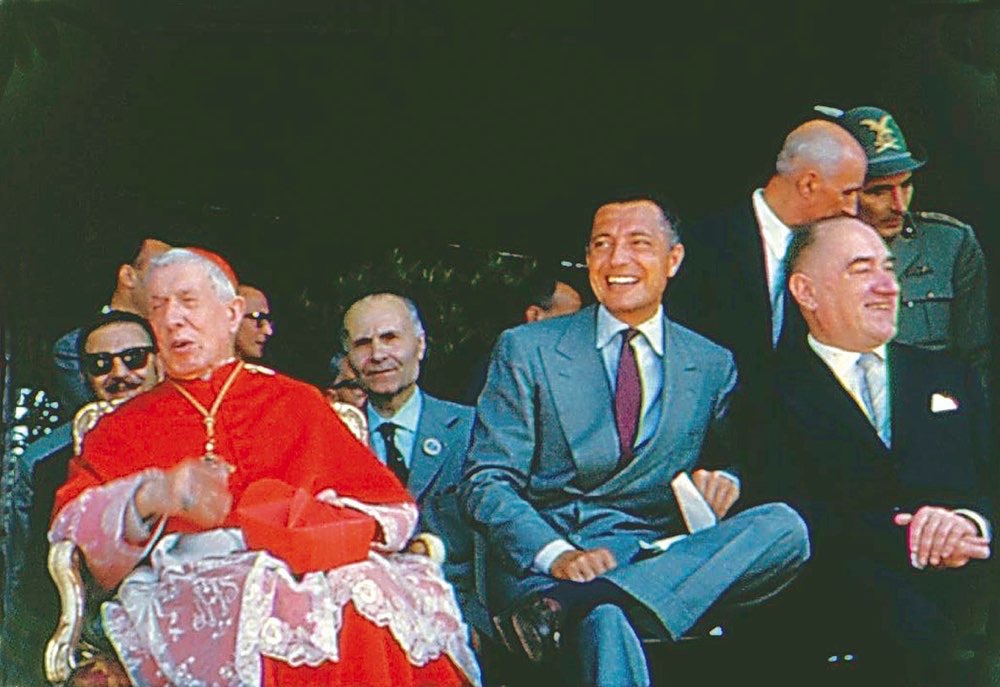 The initiative, the result of an idea by Don Gariglio in 1957, was supported by the architect Carlo Mollino, and jointly financed by the Diocese of Turin, FIAT and the Aero Club of Italy. It was conducted by the Aero Club Torino under the technical direction of the then Director of the Flying School, Col. Alfonso Isaia, assisted by the instructors Ferruccio Vignoli and Alberto Alesi. Dr Domenico Tappero was nominated as President of the CIAMM. 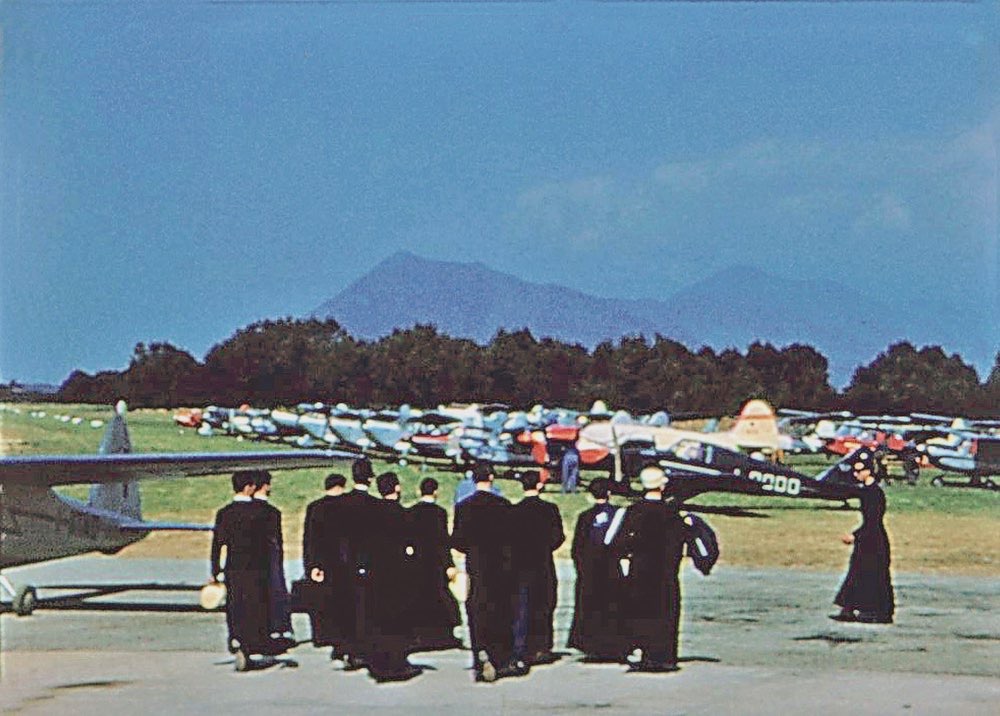 The initiative was much publicized by the radio and the press, and in September 1960, when the courses ended, the award ceremony for the 21 Pilot’s Licences, organised by Giovanni Agnelli, took place in the presence of the City Authorities, such as the Cardinal of Turin Maurilio Fossati, the Mayor Amedeo Peyron, the Prefect Rodolfo Saporiti, the Undersecretary of State Giuseppe Bovetti, Generals Brach Papa and Remondino, Engineer Catella etc. 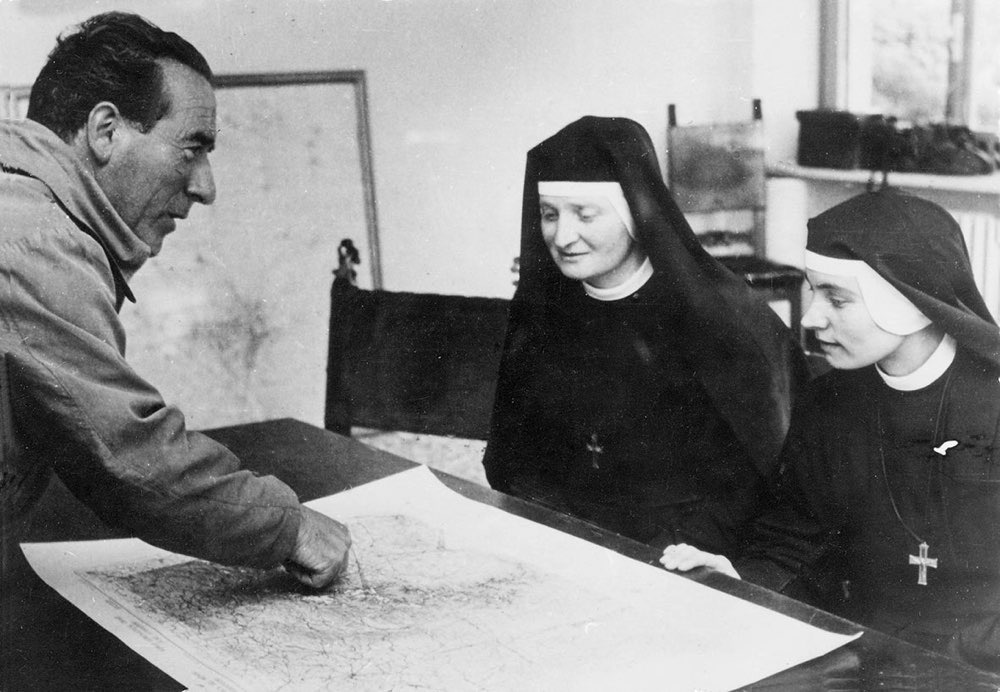 In his short account of the history of the ciamm, Don Paolo Gariglio concludes with transparent wistfulness:

“Then the idea was purloined by Rome,with the knowlege of the Vatican (or better to say the “Propaganda Fide” organization), apparently ignorant, these Roman gentlemen, that down there, activities which bring in no money end up as nothing… In fact the CIAMM, planted there early on at the Airport of Rome, just simply died off. I have no idea of what happened to the five Stinson l5’s which, thanks to the American Office of Public Relations in Turin (USIS), had been gifted to the CIAMM, even although they were less than ideal for the start of the endeavour. Were they ever flown to Rome…? I would like to think they were”. 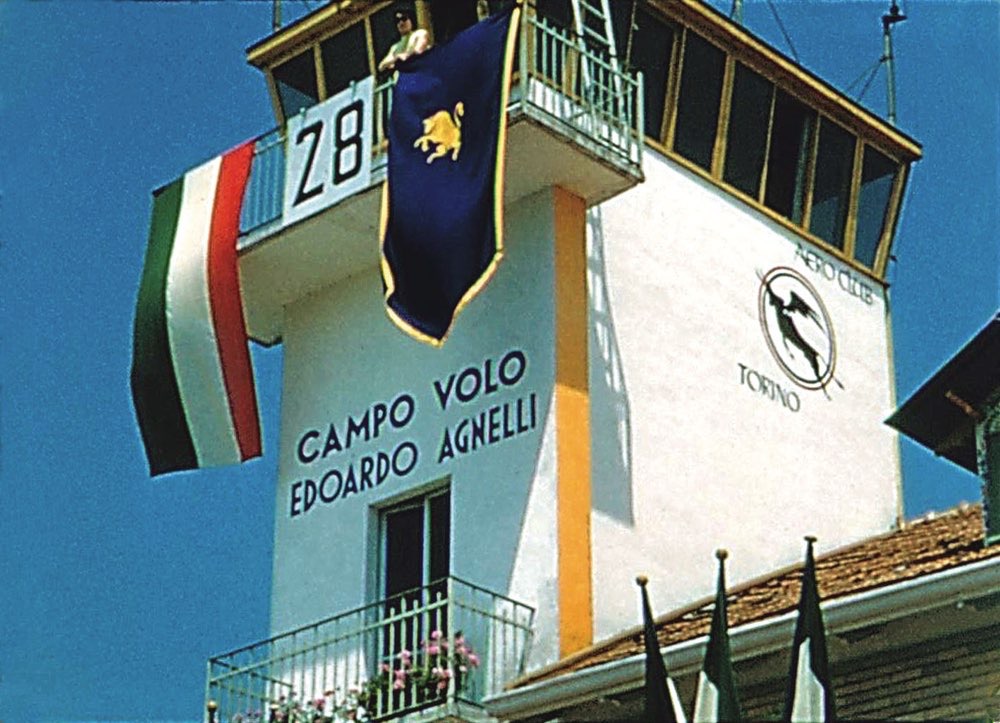 At the same time, the first commercial activities began to flourish – air taxi, air photography, publicity flights, executive flights, etc.
The riv Company, whose President was Giovanni Agnelli, had its first executive aircraft at the Aeritalia airfield in 1949. This was a British-built De Havilland “Dove” which was followed by a Heron in 1957, and by a Grumman “Gulfstream” in 1961 .
Other aircraft began to use Aeritalia as their base, such as the Aero Commander of Pinin Farina and the Beech “Queen Air” of the San Paolo Bank. These aircraft were housed along with those of the sige, (a FIAT subsidiary who were the first to launch the commercial use of helicopters in Italy) in the hangars at the head of the “30” runway.
In 1961, simultaneously with the celebrations for the centenary of the Unification of Italy, the airfield was finally opened to international tourist aircraft traffic.
With the growth of Caselle and its qualification as an ifr airport in 1969, executive aircraft traffic gravitated naturally towards these more attractive features.

It would be inappropriate to conclude this summary of the post-war years without mentioning two other people who have really left their mark on the history of the Aero Club: Carlo Mollino and Ferruccio Vignoli. 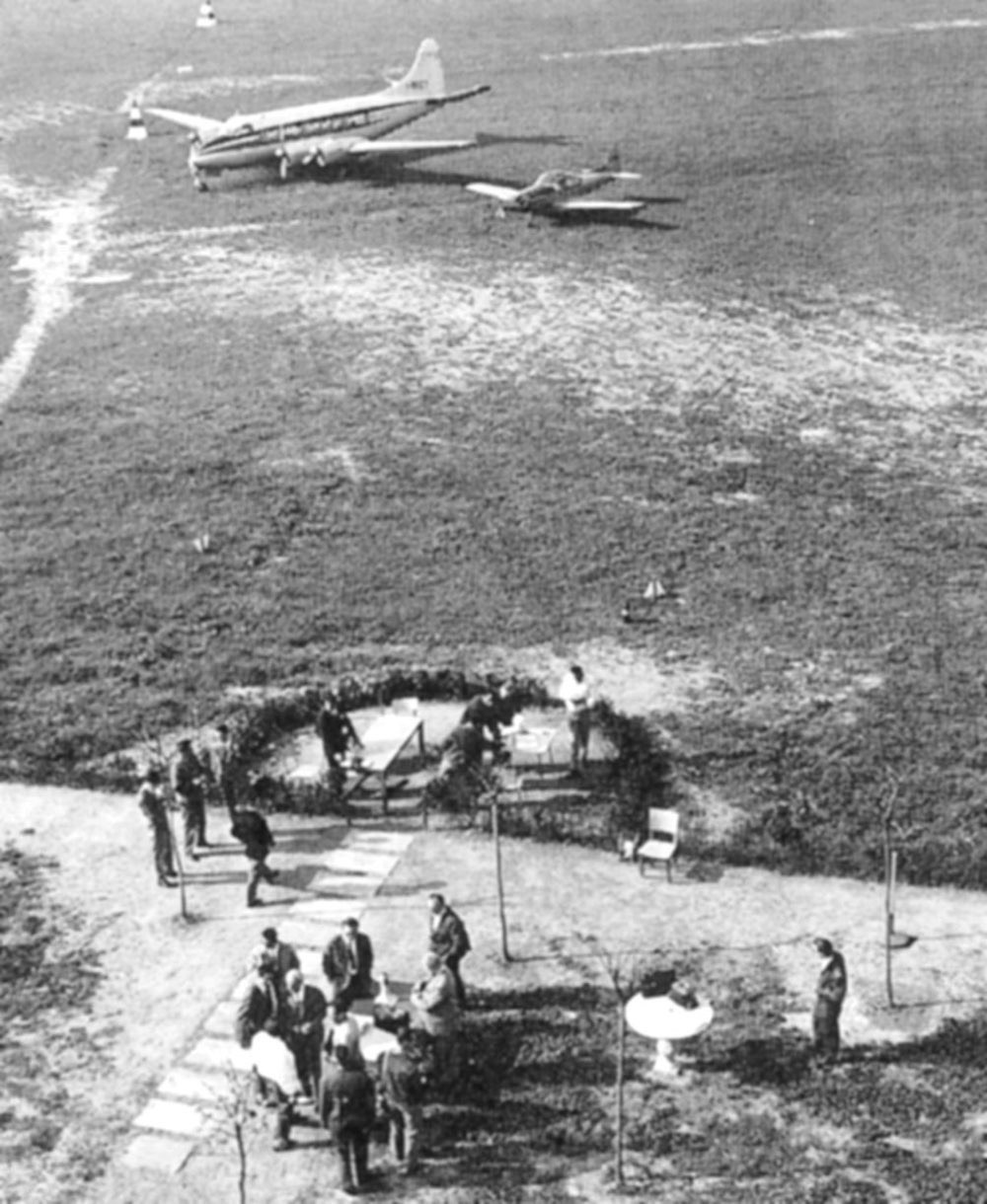