The year 1967 saw a certain amount of unrest and dissent within the Aero Club Board. A small number of ill-advised councilors initiated an insidious campaign against Giovanni Agnelli’s Presidency. “The Advocate”, somewhat dismayed and more than a little annoyed at this pettiness, stepped down and delegated everything to Engineer Vittore Catella who carried on with the mandate until its natural conclusion in 1970. 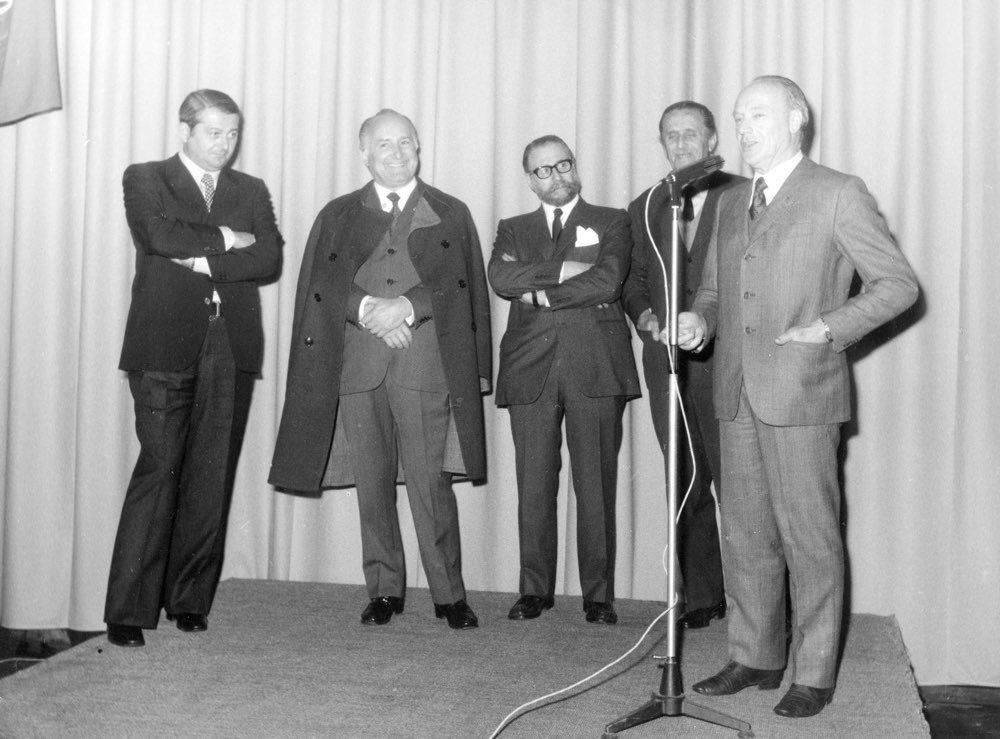 The legacy of Agnelli’s presidency was taken up by Baron Piero Casana who had been his Vice-President for the previsious four years.

Under his presidency, during 1971-72, the Minister of Transport assigned to the Aero Club of Turin, along with the Aero Club of Rome, the organization of the 4th Ministerial Course for the award of Professional Pilot’s Licences. The award ceremony of the more than 27 Licences took place in 1972, at the new venue of the Turin Aero Club in the presence of the Minister of Transport, Oscar Luigi Scalfaro, the President of the Aero Club of Italy Vittore Catella, the General Director of Enac, General Moci, Councillor Geuna, representing the Mayor of Turin (Porcellana) and the Presidents of the Aero Clubs of Turin and Rome, respectively Casana and Teti.

Casana’s presidency was followed by that of Sergio Viano in 1974 and by that of Commander Pietro Marchisio in 1978. Marchisio was one of the promoters and founders of Eurofly, tragically meeting an untimely end in 1988 while at the controls of an ab.206 helicopter. 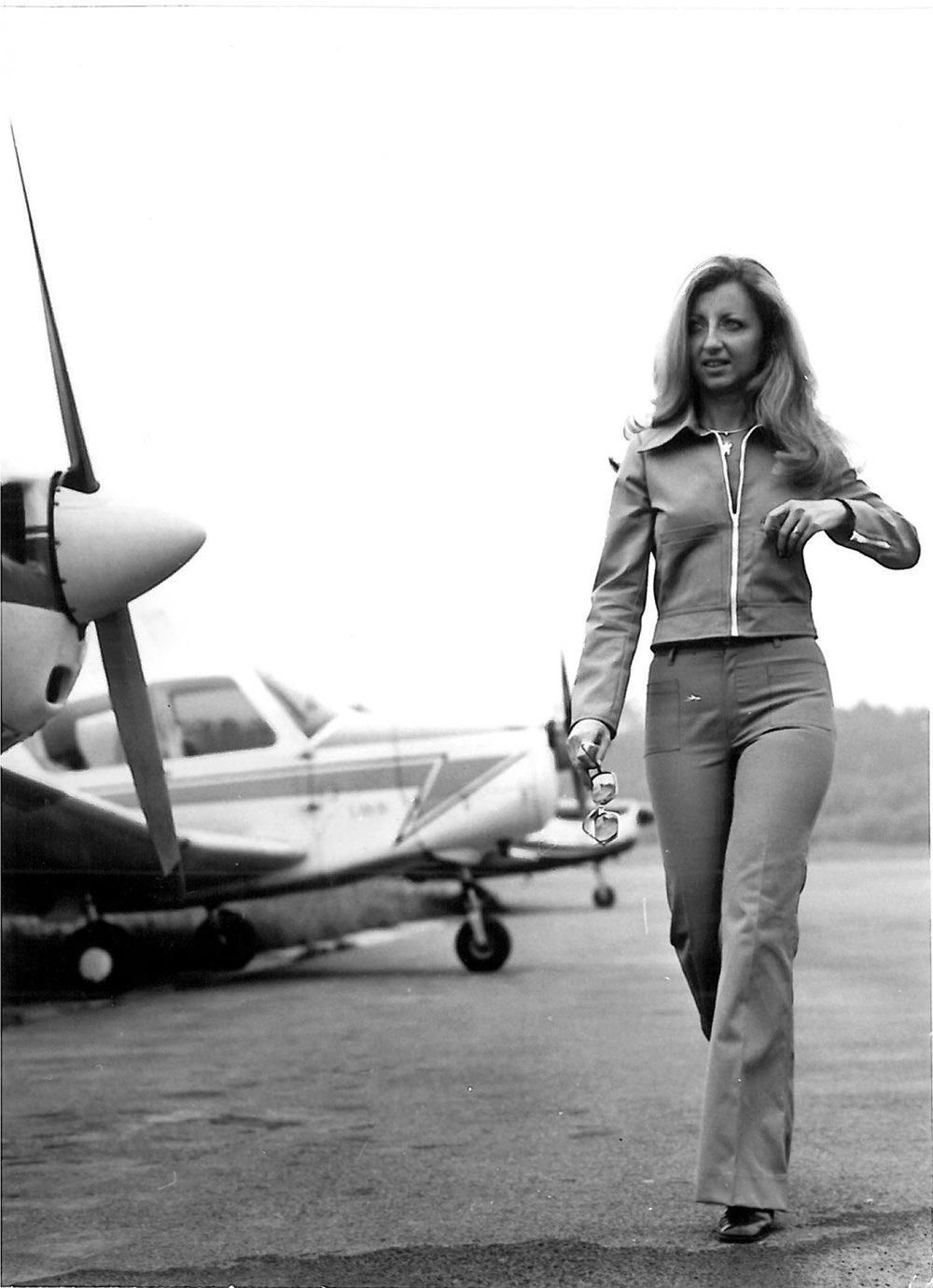 And in 1978 let’s not forget the victory by Gigliola Paci Scorta (grand-daughter of the famous Alessandro Umberto Cagno – see p. 54) at the Italian Powered Aircraft Championships. Flying her f.8l “Falco”, Scorta was the first lady pilot in Italy to win the national title.
Dr Edoardo Agnelli took over from Marchisio in 1986. His candidature was sponsored to his father, Giovanni Agnelli, by both Baron Casana and Vittore Catella.
The Executive Vice-President and acting-President was Prof. Gaetano Di Modica. 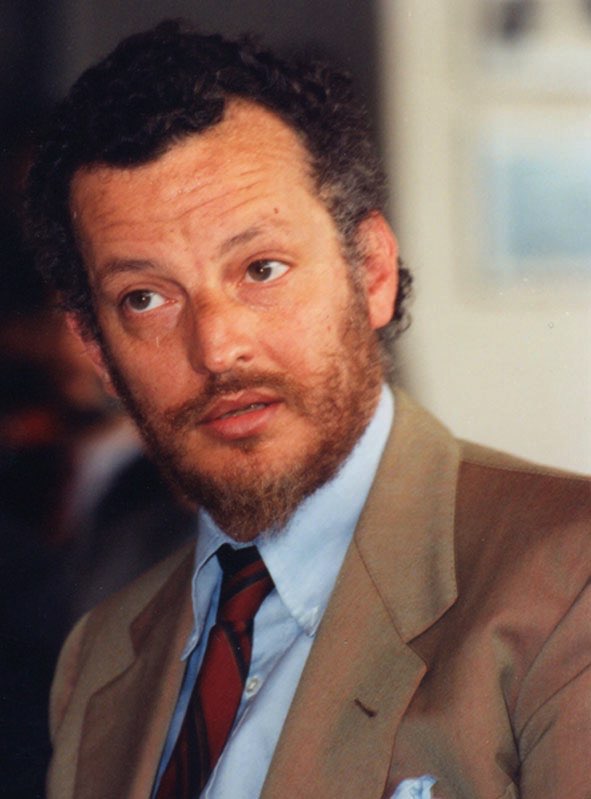 But times had moved on.

The trouble-free times of Giovanni Agnelli’s presidency were long past and unfortunately largely forgotten. The 20 years between 1974 and 1994 were ones of constant decline for the Aero Club. Various reasons could account for this, such as the general economic situation, which saw rising costs, a reduction in the numbers of people wanting to fly, and the scant interest shown by both the Public Administration and the owners (FIAT Group companies) who in 1985 sold about half the airfield area, reducing it to its present 600,000 sq. metres. 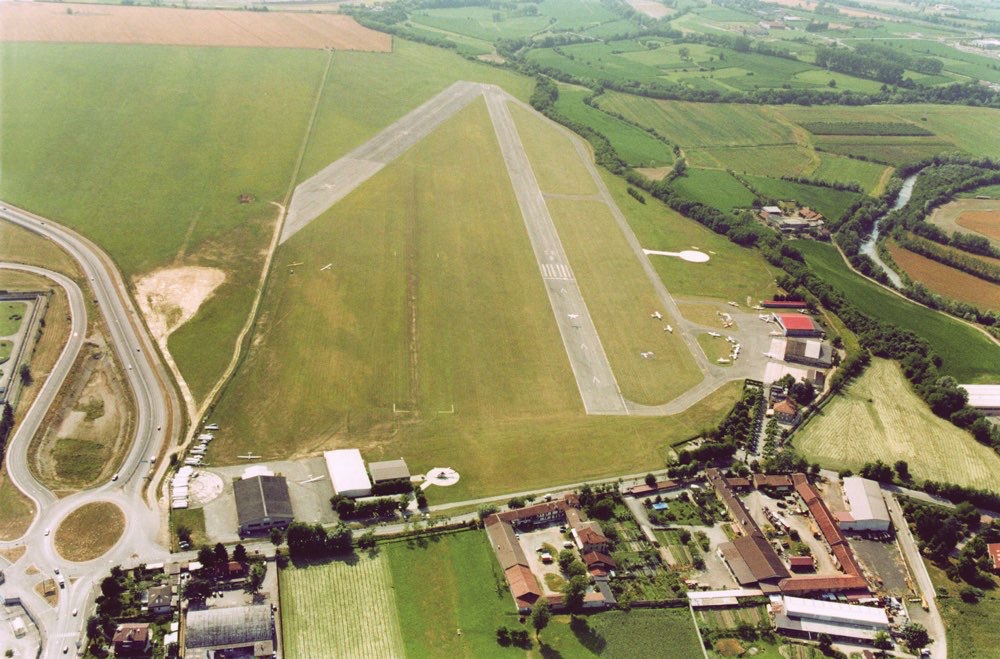 This was the time when the old original runway “30” went into disuse and the grass runway 10r/28l was activated for the towed gliders as well as the landing area for the gliders (10/28).
Then Nature quite literally added its weight to the economic difficulties! The heavy snowfalls of the 14th, 15th and 16th of January 1986 caused one of the state-owned hangars to collapse and another was seriously damaged.
The sum of these negative situations put the very survival of the Aero Club at risk, and the potential of the airfield as one capable of being used for Public Service was completely ignored partly due to somewhat ingenuous superficiality and partly due to the undoubtedly speculative interests which this vast and appetising area whetted in some peoples’ minds.
To better appreciate the gravity of the situation, it is sufficient to mention that at the conclusion of his mandate in 1994, Savino Balzano, the outgoing President, proposed to the Assembly that the Aero Club should be dissolved and its assets sold off, as he “saw no alternative” in the face of the ongoing crisis.
Fortunately, from that point on, things began to change for the better. 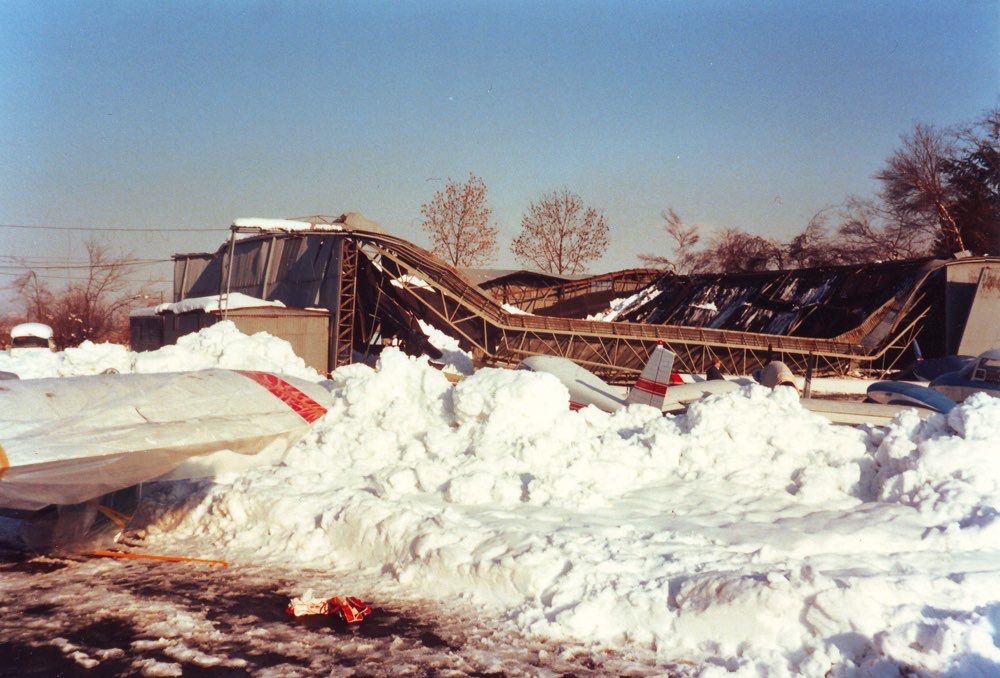