At the end of the 1960s, the government “think tank” proposed integrating the largest privately held group in the sector (FIAT Aviazione) with the public sector. The integration was aimed at providing work in Southern Italy through new research and production facilities.
The project began on 1 January 1973 with the formation of Aeritalia, a joint venture between FIAT and two of the iri group companies controlled by Finmeccanica: Aerfer and Salmoiraghi. The company assets were held equally by the public and private components until 1975, when the FIAT share was entirely acquired by iri via Finmeccanica.
In the autumn of 1971 an American delegation from nasa, headed by Dr. Charles W. Matthews (Manned Space Flight Manager), made a series of visits to the European companies collaborating in eldo projects, including FIAT Aviazione. The meetings focussed on the Space Shuttle program, which nasa had launched following the spectacular lunar exploits of the Apollo missions.
In Turin, the American delegation was received by senior management, including Prof. Gabrielli, Director of FIAT Aviazione, and Engineer Ugo Sacerdote, Head of the Special Technical Studies department, one member of which was Engineer Ernesto Vallerani, destined to become a leading exponent of future Italian space programs and to whom the exponential growth of the Turin site must be credited.
Following the satisfactory outcome of a number of inspections, nasa decided to commission the construction of a pressurized laboratory, referred to as “Spacelab” in Europe to be carried aloft as paid cargo by the Space Shuttle. 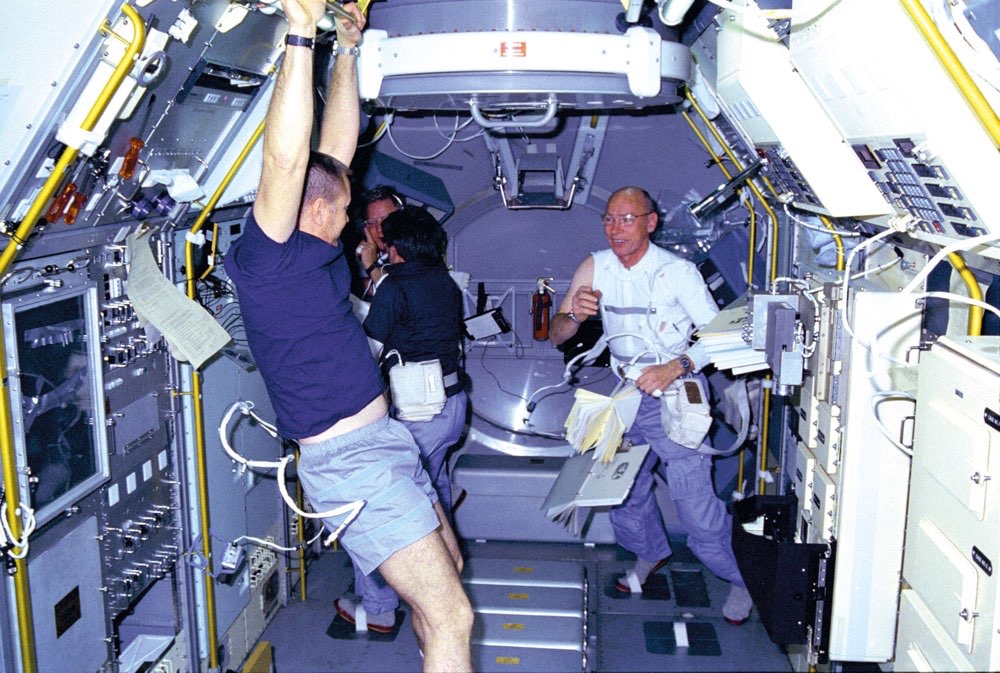 Simultaneously with the start of the Spacelab program, the ESRO organization was transformed into ESA (European Space Agency). Aeritalia was formally contituted around that same time (January 1973).
But the site specified by the Government for the Italian share of Spacelab activities was Napoli and not Turin, despite the fact that, as mentioned above, the FIAT component of Aeritalia boasted experience in the space industry since the 1960s thanks to its involvement in eldo and ESRO. The government had clearly underestimated the level of engineering and manufacturing expertise needed to promptly operate in an area that would have been a significant challenge even for a company with cutting-edge skills like the former FIAT Aviazione of Turin. 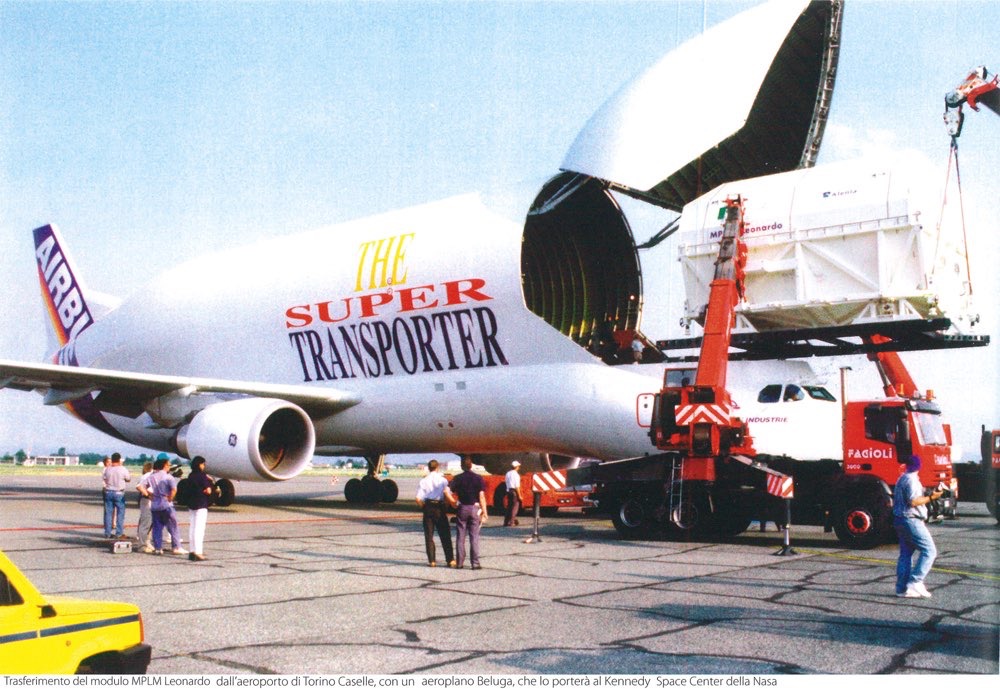 ESA experts were called in to resolve this misunderstanding, and after conducting a series of inspections of the Neapolitan aerospace facilities, they concluded that transferring the Spacelab development to Naples would be an unacceptable decision (April 1974).
It was thus the team from Turin, led by Professor Vallerani, which successfully undertook the challenges of human space flight for Italy, a watershed for industrial activities.
Aeritalia participated in the request for tender as part of the mesh consortium, led by the German organisation ERNO, and was assigned the design of the structure and the thermal control system of the pressurized module, working on this from the project initiation in 1974 until the launch, which took place on November 28, 1983.
Engineer Ernesto Vallerani graduated in Aeronautical Engineering from the Milan Polytechnic and obtained a degree in Aeronautical Engineering from the California Institute of Technology in Pasadena, with specialization in Supersonic Aerodynamics.
On his arrival in Turin at the “Special Technical Studies” department of FIAT Aviazione, Vallerani carried out research on the flow of heat affecting the surface of a body at supersonic velocities and became lecturer in Aerothermodynamics at the Turin Polytechnic. 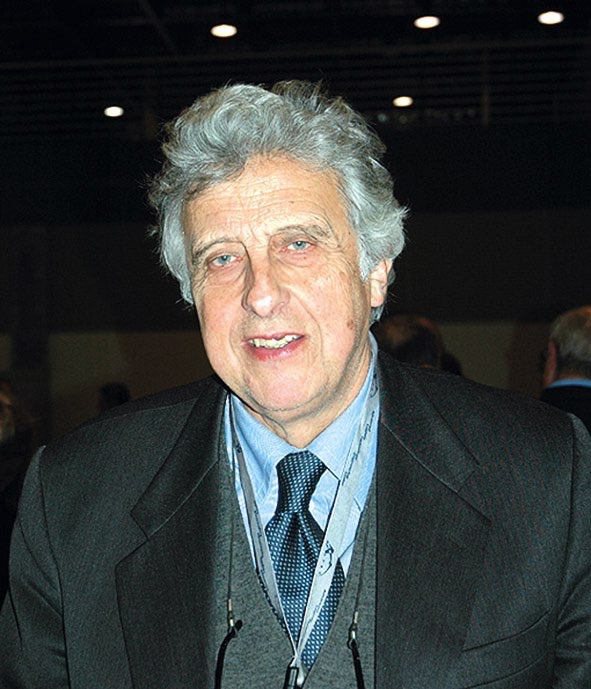 In 1973, when the Special Studies Technical Department changed its name to Aeritalia Space Sector, the by now Professor Vallerani became head of the Spacelab project research group, the European manned space lab that would go into orbit for the first time, carried by the Space Shuttle, on November 28, 1983.
It was the beginning of an enterprise that would see the Turin plant of Aeritalia (today Thales-Alenia Space) acquire, thanks to its technicians and scientists, international renown in the construction of manned space modules.
Professor Vallerani later became President of Alenia Spazio, and was honoured with the prestigious “Wernher Von Braun Award” by the German DGLR, and laid the groundwork for the definitive recognition of Turin’s role in human spaceflight with the MPLM program (logistics module for the Space Station), the forerunner of all subsequent achievements.
In 2005, Prof. Vallerani launched and is currently Educational Project Manager of the Turin Polytechnic’s International MSc. course seeds (Space Exploration and Development Systems).
In the mid-70s, research towards the realization of the Italian telecommunications satellite SIRIO (Satellite Italiano per la Ricerca Industriale Operativa) also continued. This was successfully launched from Cape Canaveral American polygon August 25, 1977 and went into geostationary orbit. Aeritalia designed and built the thermal control system under the responsibility of Eng. Sacerdote.
The study of space systems at the then Aeritalia Space Division was further extended to: the structural elements of Ariane; to the structure and thermal control of telecommunications satellites (such as Olympus, and a succession of other national satellites); to the disciplines of attitude control and mission profiles, becoming the springboard for successive important developments and highlighting the systemic role of Alenia Spazio and Thales Alenia Space in the definition and development of highly complex scientific missions.
The operational startup of the Italian Space Agency in 1989 had an extremely positive influence on the market prospects of the Piedmontese aero space industry.
During the 1970s and 80s, Aeritalia’s space sector began working with Professor Giuseppe Colombo in the development of the “Tethered Satellite” devised by him. The project, born out of the collaboration between Colombo and Prof. Mario Grossi of mit, was called “Tethered” since the satellite, attached by a cable to the Space Shuttle, was to be “soft-ejected” from the shuttle and allowed to run out for about 20 km, producing electricity by the effect of the cable cutting through the Earth’s magnetic field.
Professor Colombo, who died in 1984, never saw the two flights made by his creation in 1992, with the first Italian ESA astronaut, Engineer Franco Malerba, and in 1996 carrying Italian astronauts Umberto Guidoni, responsible for the satellite experiment, and Maurizio Cheli, a Torinese by adoption and Air Force pilot, with the role of Mission Specialist and Flight Engineer.
The second flight experiment to generate electricity was so successful that the cable melted locally due to heat generated by the considerable power (about 0,5a at 3,500 volts) concentrated by defective insulation.
This experiment was a complete success in that it fully demonstrated the viability of the theory with an Italian-designed satellite, built in Turin, in collaboration with NASA. 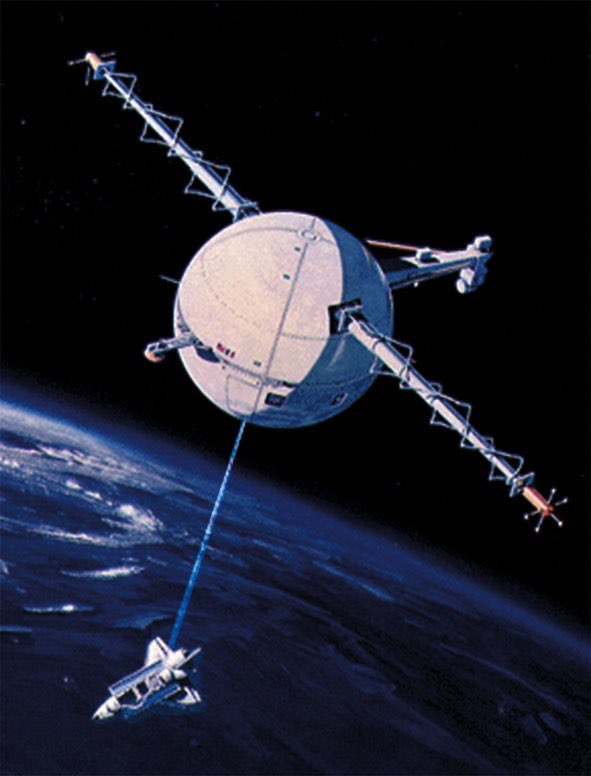 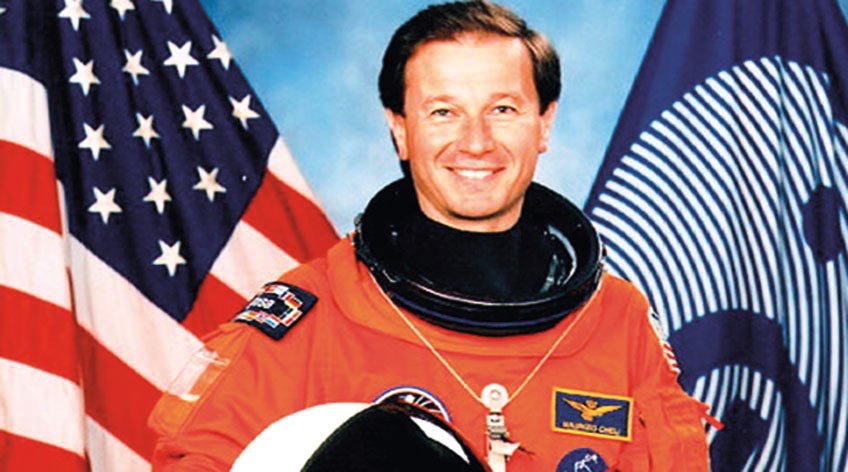