The first Italian jet aircraft was the FIAT g.80, a two-seater trainer designed by Prof. Gabrielli, powered by a De Havilland “Goblin”. It was built in Turin (Aeritalia) and assembled at the military base of Amendola (Foggia). This made its first flight on December 9, 1951, flown by the company test pilot, Vittore Catella 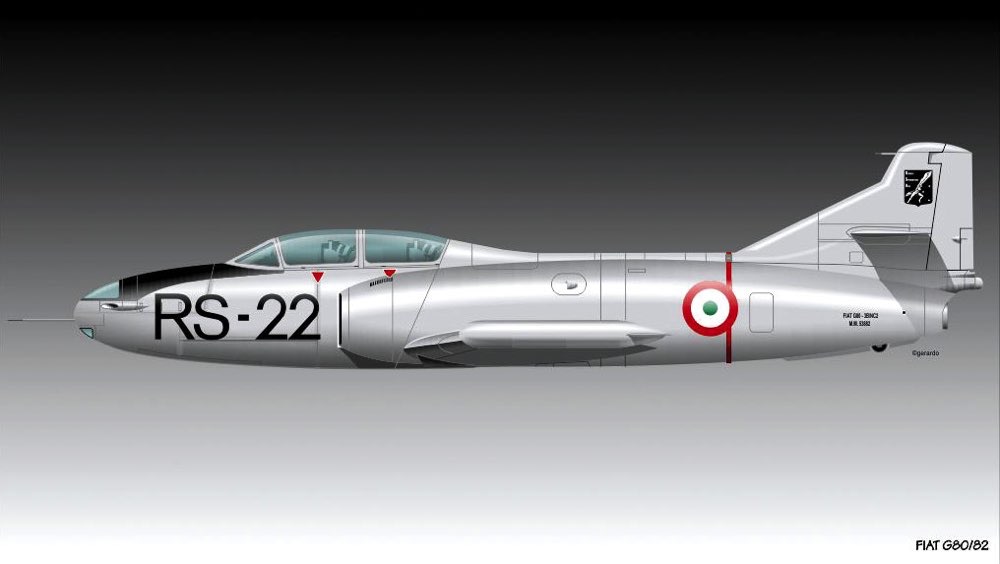 During the 1950’s, in his capacity as Director of FIAT Aviation, Gabrielli opened a number of important plants in the Turin area such as the center for the gas turbines, near the Sangone, the avionics centre at Caselle and a wind tunnel at Aeronautica d’Italia (later Aeritalia).
From 1952 to 1954 Gabrielli organized courses on gas turbines for aeronautical propulsion applications.
These courses were conducted by lecturers from the Polytechnic and FIAT technicians, including Eng. Ugo Sacerdote, one of the pioneers of the Torinese space industry.
1952 saw the creation of the nato aerospace research group known as agard (Advisory Group for Aerospace Research and Development) in which Gabrielli, thanks to his friendship with von Kármán (who was Head of agard), was able to ensure that Italy participated in international aerospace research.
Between the 1950s and ’60s, Gabrielli studied a series of modifications to the FIAT G.91, aiming to improve its acceleration during a heavily loaded take off, using jato rockets produced under American license in the BPD-FIAT Avio plant at Colleferro. 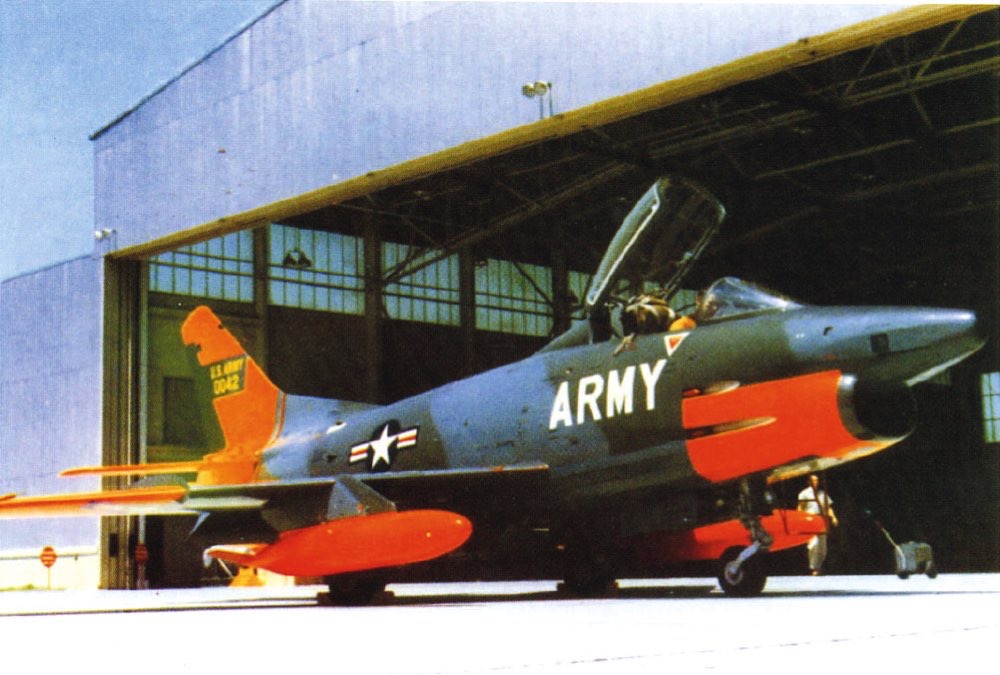 The functional test was successfully performed at the Turin Caselle airport (flown by Simeon Marsan) while on July 27, 1961 a takeoff demonstration was performed at Fort Rucker (Alabama) using four jettisonable JATO rockets.
Unfortunately, during the test, there was a disastrous incident that caused the death of the pilot Riccardo Bignamini. He was posthumously awarded the Air Force Gold Medal for Valour.
Gabrielli however continued carried on with several other projects involving the application of rockets to the g.91 in collaboration with Eng. Sacerdote and Gen. Licio Giorgieri, including a project (though it remained unbuilt) for a version of a G.91 with boosters for ramp launching.
In September 1956, at the seventh International Astronautical Congress held in Rome, a paper by Prof. Aurelio Robotti, professor at the Turin Polytechnic and space studies pioneer, entitled: “A way to launch artificial satellites” became a sensation. In this he theorized the achievement of the great heights for placing satellites in terrestrial orbit using multi-stage rockets and proposed an all-delta-wing missile, to be launched from a mother aircraft.
In 1952 Robotti had launched the first Italian liquid propellant rocket from the Pian della Mussa in the Lanzo Valley. 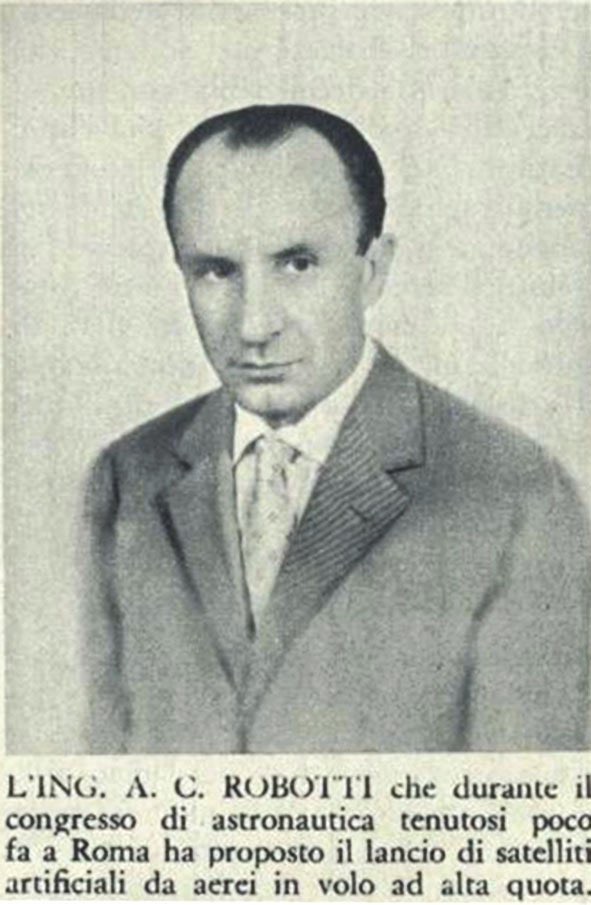 Within ELDO, in 1963 Engineer Ugo Sacerdote, FIAT Aviazione’s Head of Special Technical Studies, began studies with his Torinese research group for the construction of the heat shields for the noses of the Europa1 and Europa2 rockets, to protect the payload from the aerodynamic pressures and the thermic load produced during passage through the atmosphere.
The group led by Engineer Sacerdote also began studies for the construction of two experimental satellites (the 200kg ESRO and the 600 kg COS B).
In 1970, at the 10th International Conference on Space held in Rome, Prof. Robotti presented a paper entitled “Evolution of space propulsion in the 70’s” in which various types of rockets were discussed, while Engineer Sacerdote presented a paper entitled “European space launchers for the 70’s” in which he pointed out that FIAT Aviazione studies of the 1st stage of the Europa III c, launch vehicle had allowed the identification of a highly reliable solution, qualifying the Italian aerospace industry as a candidate for autonomously being able to build a complete launch vehicle.