The first “heavier than air” flight in Piedmont was made by Ferdinand Léon Delagrange at about 7.30 pm on the 27th of June 1908.

It took place in the former “Parade Square” of Turin, (now within the zone known as “La Crocetta”), where the Frenchman flew his Voisin powered by a 50 hp Antoinette engine some 4-5 metres above the ground for a distance of about 250 metres. 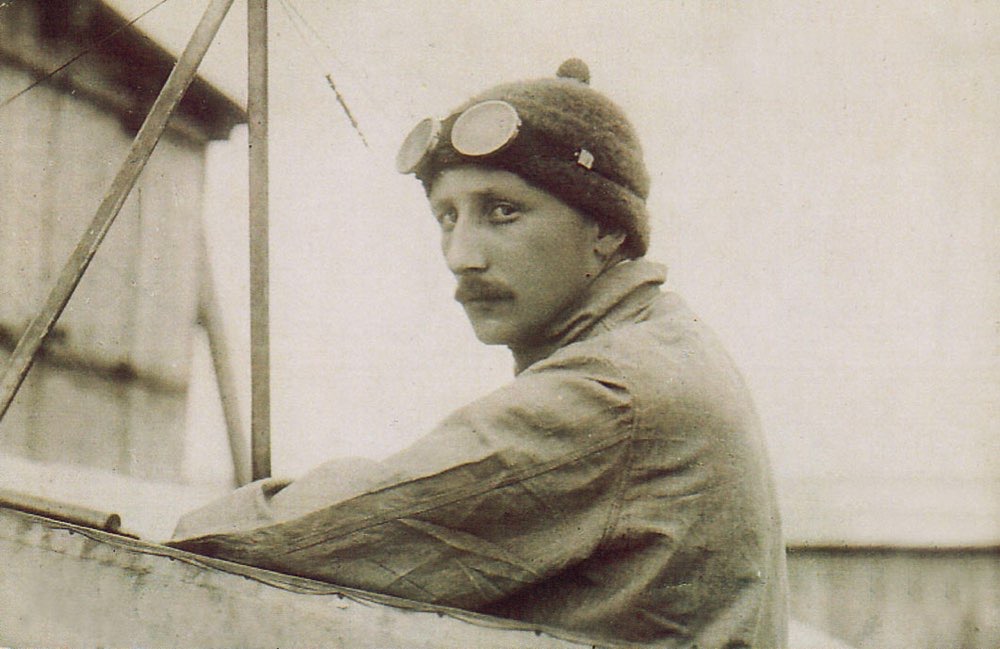 The flight was watched by several hundred spectators, including the “elite of the aeronautical sporting set” (to quote from “La Stampa” of the 28th of June 1908) meaning:

Unfortunately, during an attempt to land, one wing hit a tree, causing the aircraft to crash from about 12 feet up. The pilot was uninjured, but damage to the structure needed several days to repair. Flights resumed on the 4th of July and continued successively on the 5th, 8th, 10th and 12th of July. 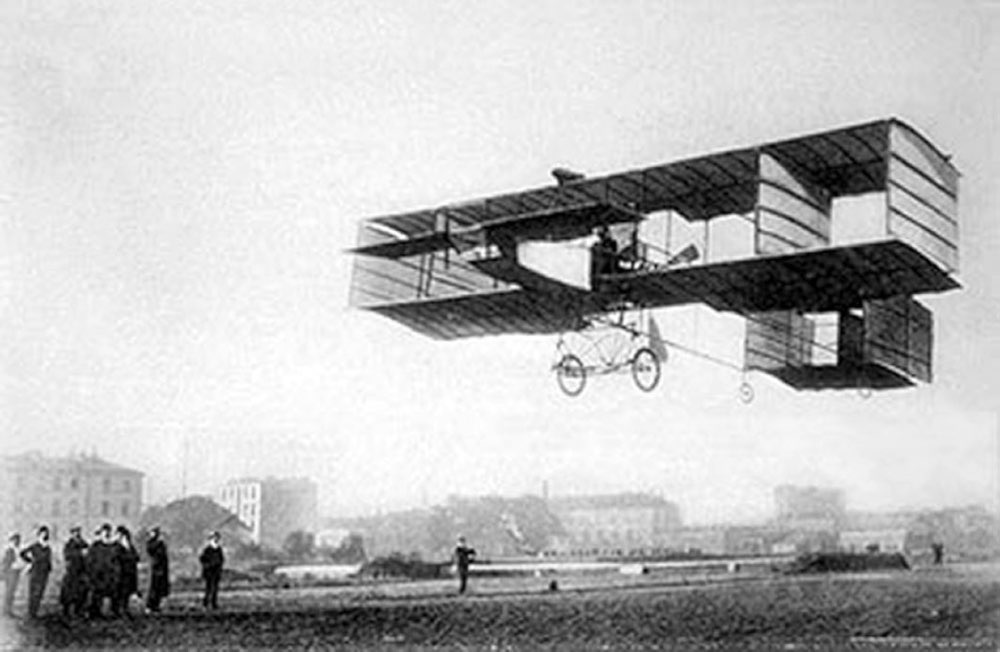 In particular, on the 5th, the day fixed for the record-breaking attempt, Turin was covered with posters announcing the resumption of flights. Several thousand people came to watch, including the Royal Princes and the entire city council.

“La Stampa” of the 6th of July reported:

Among the spectators were various city notables such as Vittorelli the Prefect, Carmarino the Police Chief, the mps Rossi and Albertini, Senator Rignon, the Aldermen Pales­trino, Tacconis and Bonelli, plus the French Consul Di Pralon. The Committee itself was at full strength, with Carlo Montù at its head. Together with his colleagues Barosi, Scheinbrood, Gatti Goria, Mens, Sacheri, Rostain, Mario Montù and Oreste Rossi they went round dispensing the latest information… At 17.45, saluted by the National Anthem, two limousines arrived, bearing the Duke of Genoa and his sons.The Royal party was received by Chevaliers Montù and Rostain, the Honourable Teofilo Rossi, the French Consul and Count Fossati”. 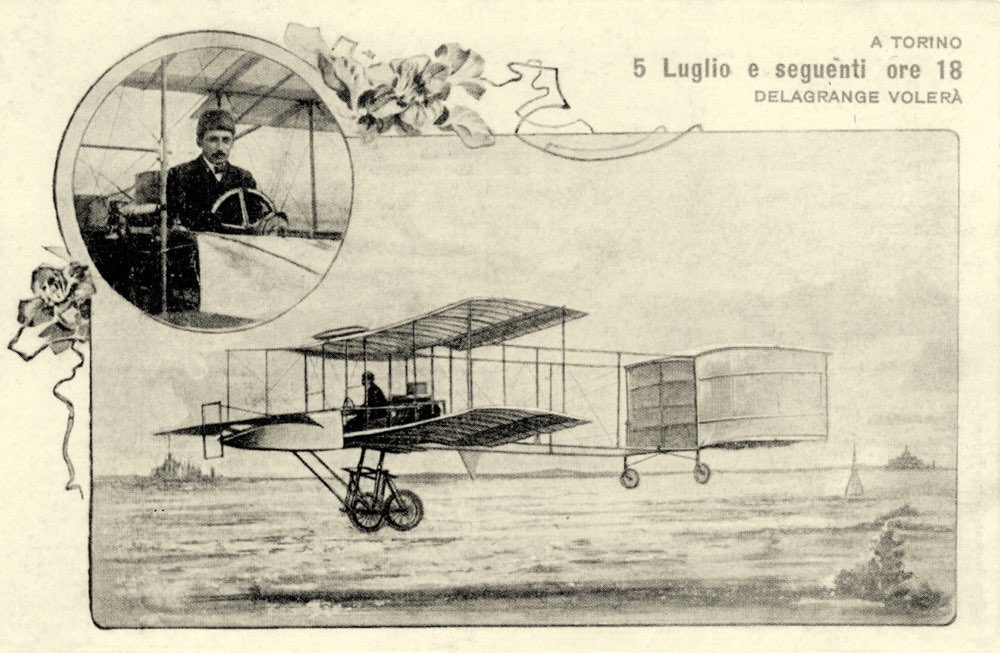 However, to the dismay of the enthusiastic crowd, Delagrange was unable to better any records that day. On the 8th of July, he made a further series of flights, this time with various intrepid vips as passengers. The first to experience this thrill was the sculptress Thérèse Peltier, who thus became the first woman ever to fly in a powered h eavier than air vehicle, while on the next flight the Hon. General Carlo Montù became the first Italian to achieve this distinction. It is interesting to note, as a frivolous curiosity, that Miss Peltier, for the occasion invented and wore a “jupe-culotte” – the trouser-skirt. 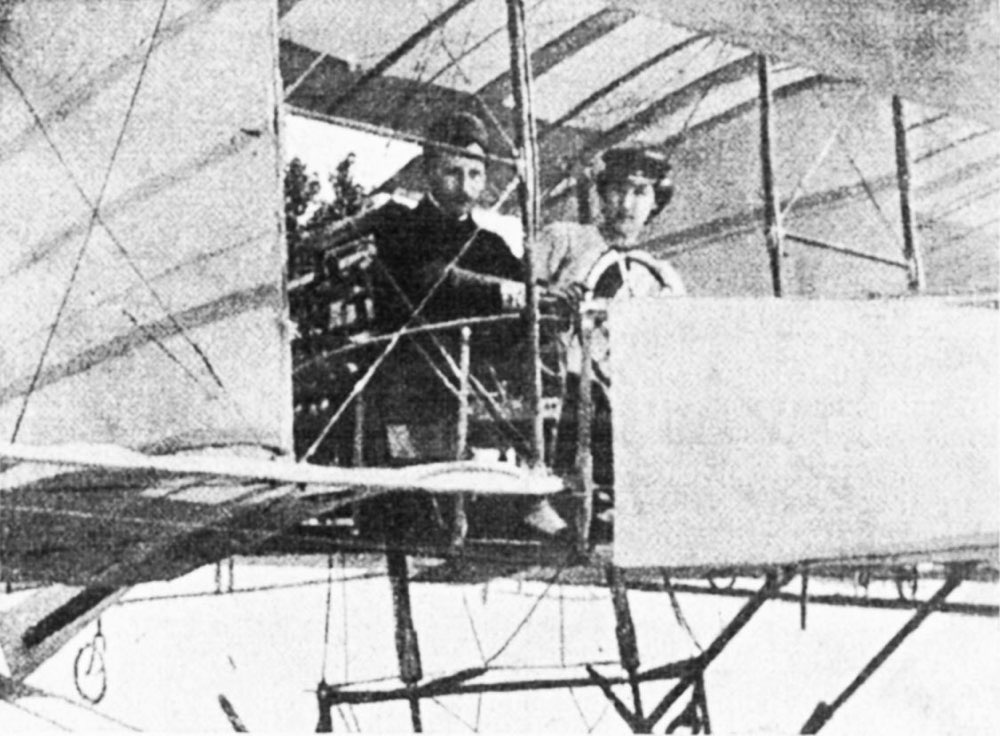 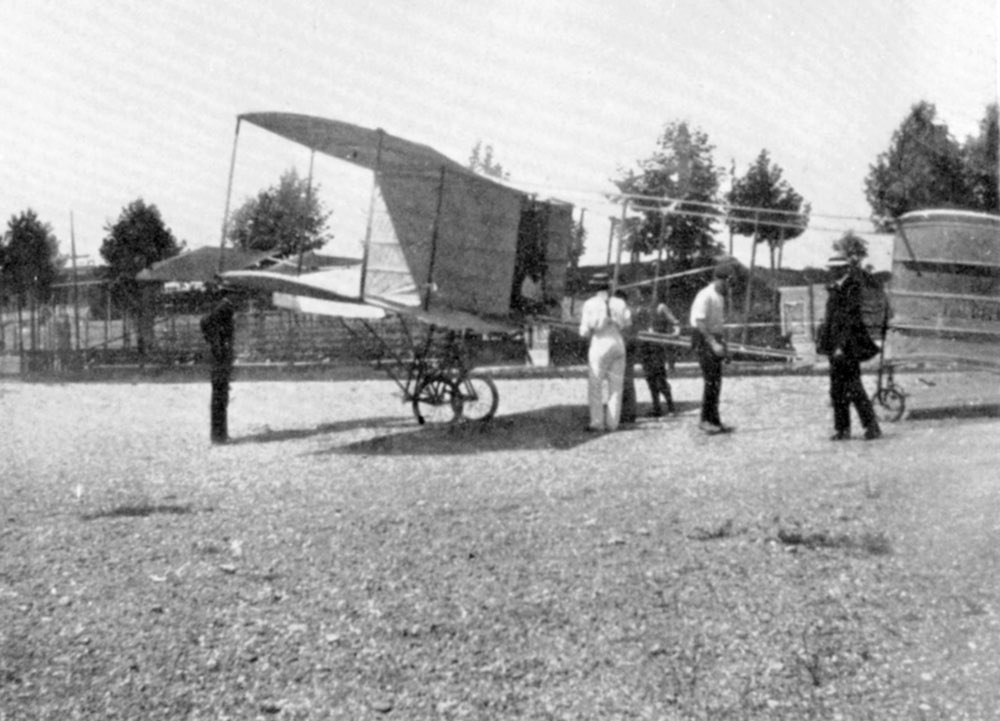 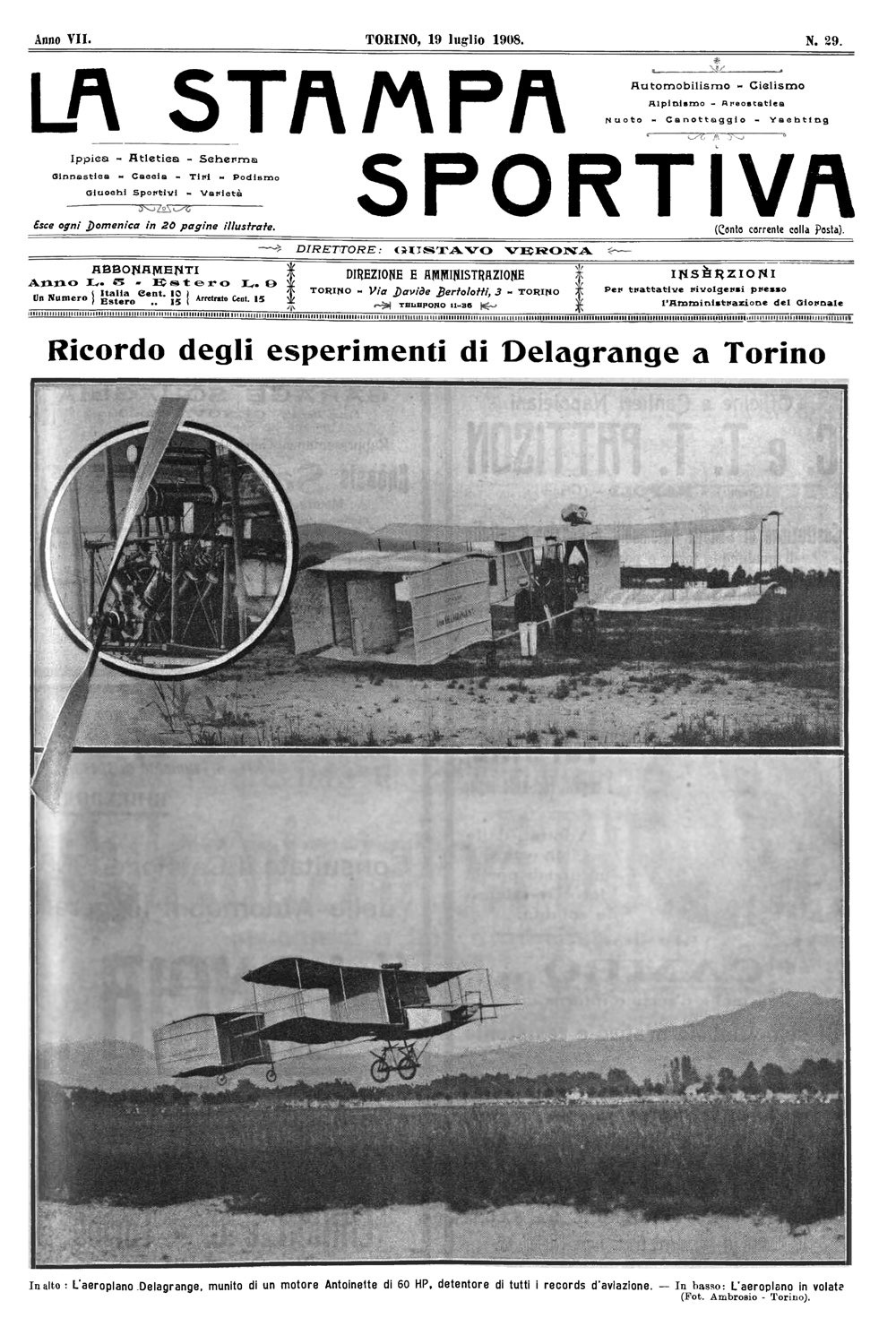