The construction of the aerodrome at Cameri (Novara) began in 1909, on an area of about 400,000 square meters, thanks to the initiative of Clovis Thouvenot, a French engineer and former dealer for the French aircraft company Voisin, with the intention of creating a flying school.
The opening of the field suffered a certain delay due to a storm that on the night between 30 and 31 March 1910 destroyed the newly completed hangar, leaving standing only the building that housed the equipment of the three instructors and air pioneers Alessandro Cagno, Pasquale Bianchi and Marcello Serrazanetti.
The inaugural flight was made by Cagno in May of 1910 and on July 28 of that same year, the Luganese pilot Bianchi was awarded the first civil pilot brevet, or licence, consigned in Italy. 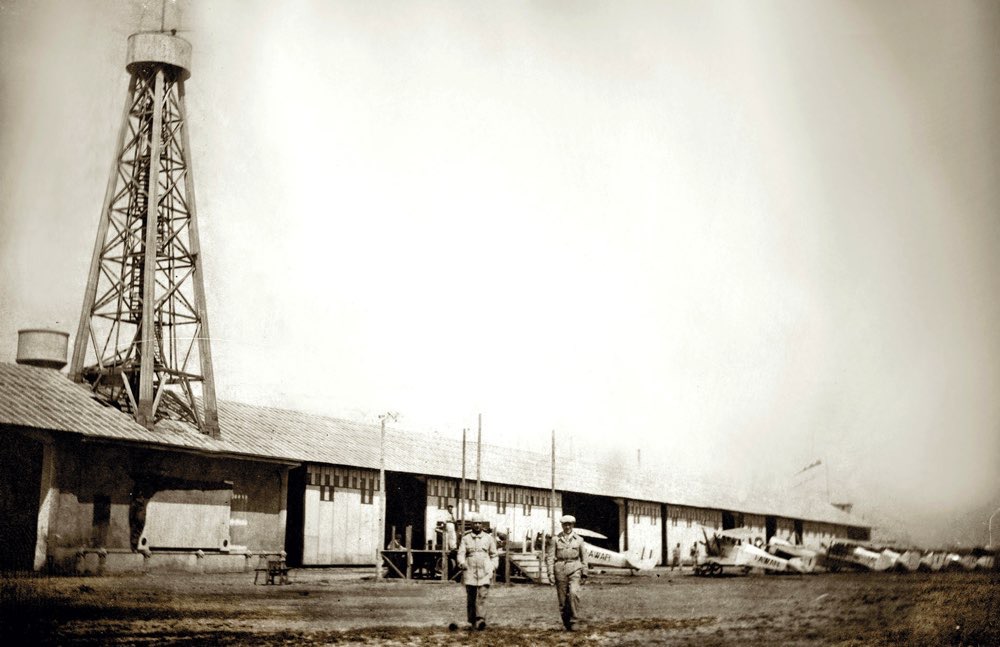 This was the second Italian flying school, following that established on April 15, 1909 in Centocelle.

In 1913 Thouvenot was followed by Giuseppe Gabardini, who took over the area and with the financial support of the cousins Angiolina and Guido Carbone began to acquire land between Cameri and Bellinzago for the expansion of the aerodrome in order to promote and develop aeronautical activities, above all with the creation of a flight school.

Having obtained the necessary authorisations from the Air Ministry Technical Directorate, the new aerodrome was inaugurated in September 1913 with the flight of the monoplane “Gabarda”.

Due to the incompatibility of test flights with the operations by the military at Mirafiori, Aristide and Mario Faccioli moved to Cameri in 1912 to continue their experiments that ended tragically with Mario’s death in a flying accident in 1915. Four years later, his father committed suicide. 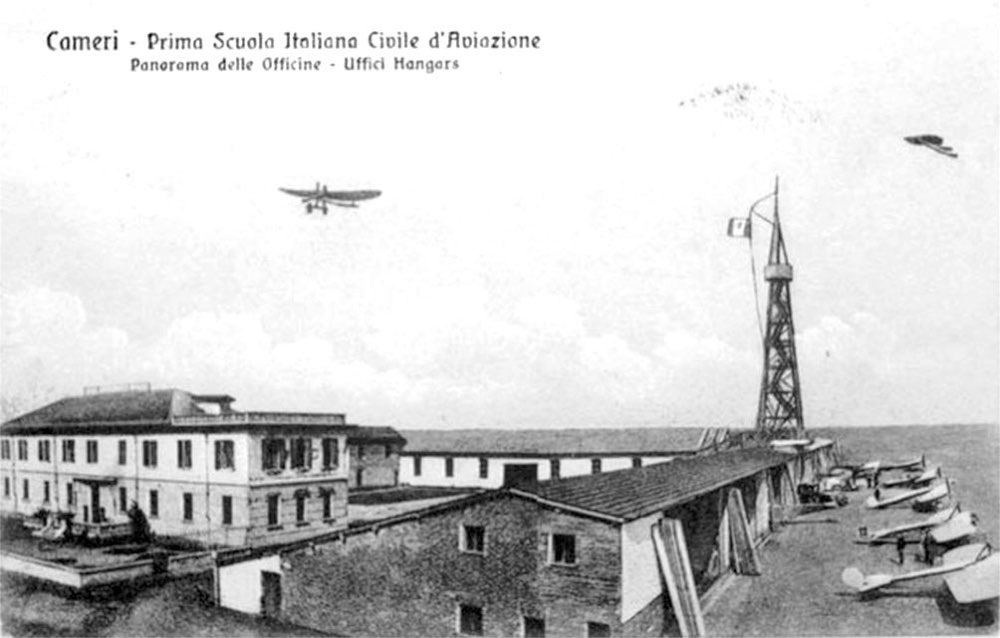 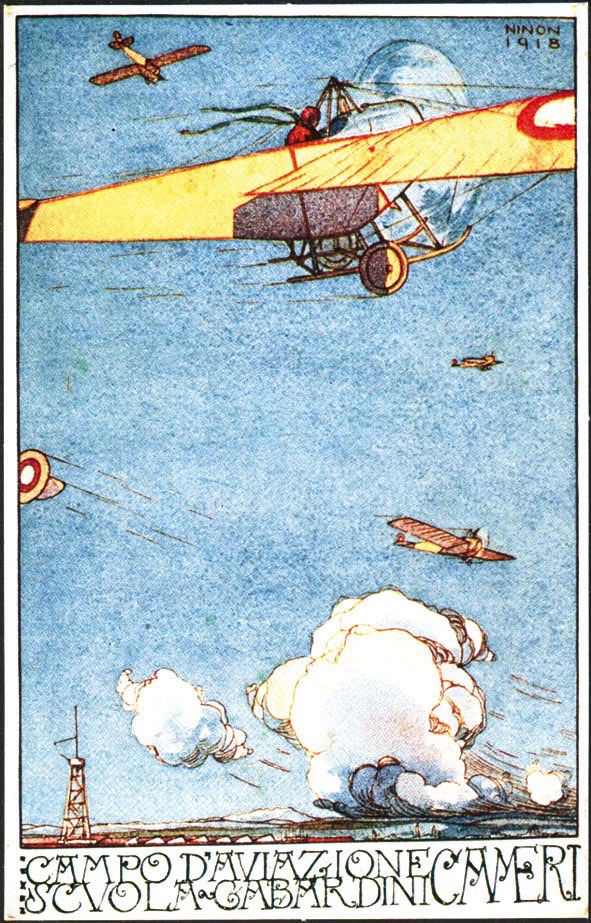 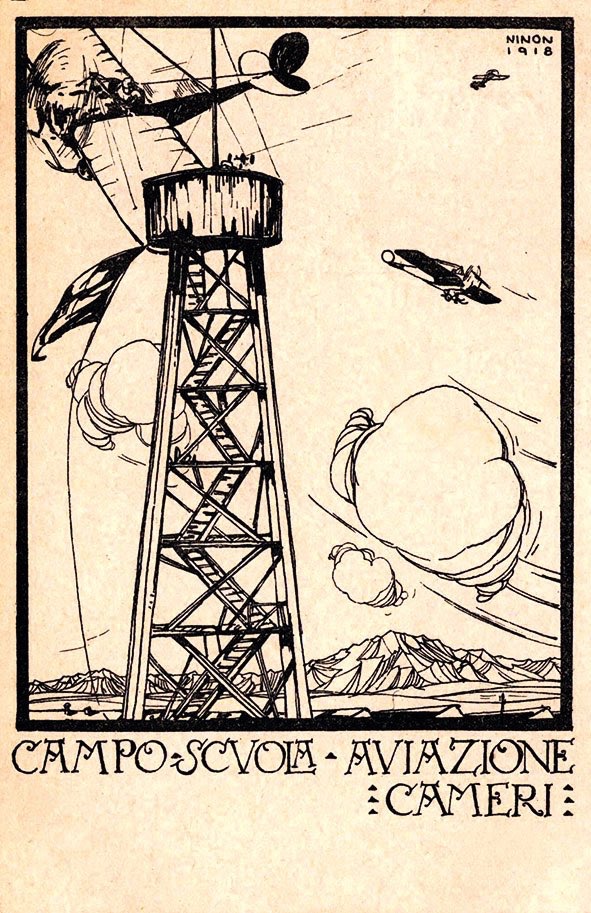