Foundation of the Italian Air Force 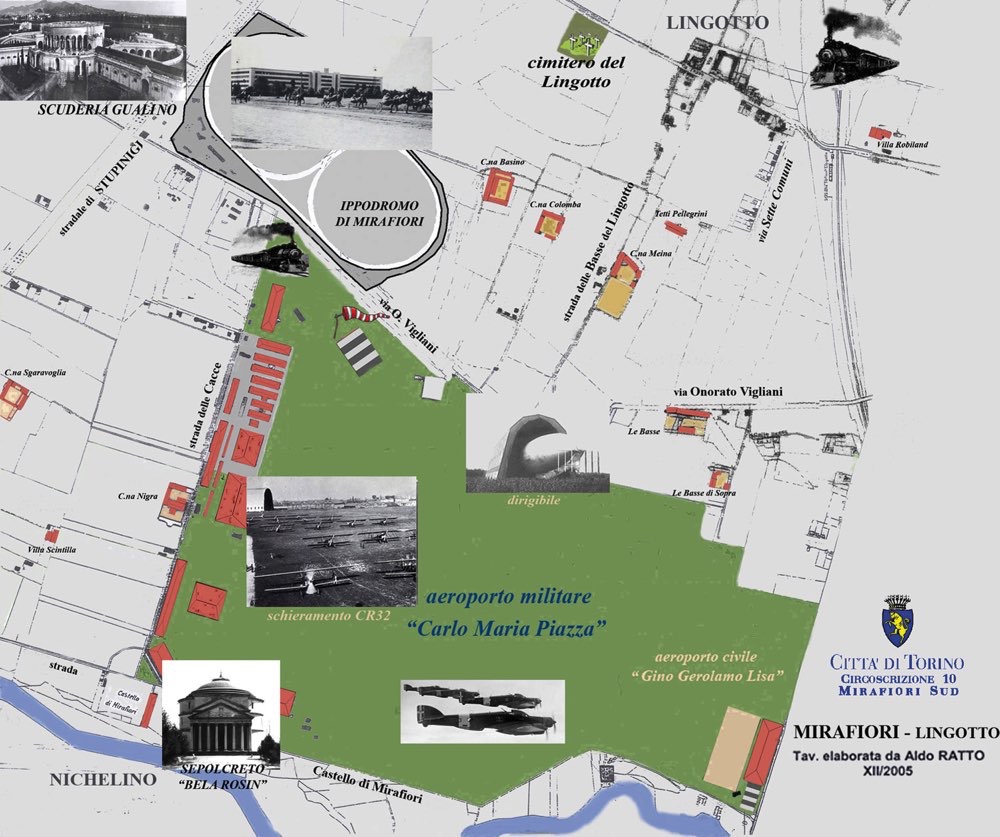 On March 28, 1923, the day when the “Arma Aeronautica” gained its independence from the Army, the military area at Mi­­rafiori was dedicated to the memory of Col. Carlo Maria Piazza (Busto Arsizio 1871 – Milan 1917), pioneer of military aviation (Military Brevet No. 1), and Silver Medal for Valor.
Turin then became the headquarters of important offices and military units while Mirafiori and Venaria Reale airfields became bases for a variety of fighter, bomber and reconnaissance squadrons, due to the industrial and aeronautical engineering support offered by the city.
Examples of these were the fiat technical staff with Engineers Torretta, Gamba and Zerbi (engines), Rosatelli and Gabrielli (design), while Ansaldo had Engineers Savoy and Verduzio (the sva designers), and also Brezzi.
Within Aeritalia, testing activities took place under the supervision of Engineer Mario Bernasconi, Captains Bedendo and Nuvoli (Enginering branch) and Lt. Fossati.
In 1925, various units of the Italian Royal Air Force were allocated between Turin, Mirafiori and Venaria Reale. The headquarters of No. 19 (Reconnaissance) Squadron was in Turin, Mirafiori hosted No. 13 (Daylight fast bomber) Squadron ( the “Iron Squadron”) while Venaria Reale hosted No. 2 (Fighter) Squadron.
In 1933, No. 3 (Fighter) Squadron, one of the most important military aviation units, was transferred from Bresso (Milan) to Mirafiori. As of 1936, along with with No. 2 Squadron, this was transformed into an Air Brigade under the command of Gen. Mazzucco.
In 1936, the 53rd Fighter Squadron was constituted at Mirafiori. This became one of the most important and famous squadrons of the Italian Air Force. In 1938 the newly opened military airport at Caselle Torinese became home to the 151st group of 53 (Fighter) Squadron.
In 1940, No. 56 (Fighter) Squadron was set up at Mirafiori under the command of General Chiesa. With Italy’s entry into the 2nd World War, this was augmented by No. 2 Fighter Squadron, then the aircraft from both Mirafiori and Venaria Reale left for the Libyan front. 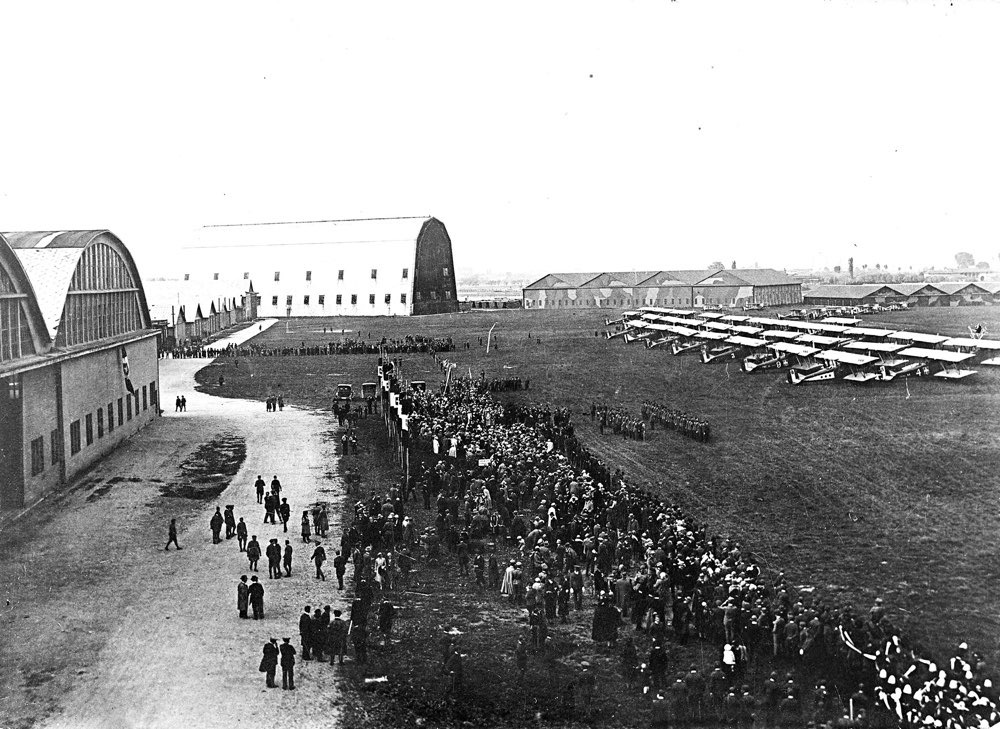