Captain Giulio Laureati from Grottammare (Ascoli Piceno) was assigned to the dtam in Turin in early 1916. On the 18th of February 1916, he took part in a raid over Lubiana and was nominated for the Military Silver Medal for Valour – the medal being awarded in the field.

On the 15th of August 1917, with a fiat-sia “7b2” fitted with supplementary fuel tanks, he set a world record for distance with a nonstop 10 hour 33 minute flight from Turin to Naples and back, taking off from Mirafiori at 10.07, overflying Naples at 14.30 and landing back at Mirafiori at 20.40.

On the 24th of September 1917, in a sia 7b powered by a fiat a.12/bis 300 hp engine, Capt. Laureati and his mechanic Cpl. Michelangelo Tonso from Montalenghe (Turin) took off from the Mirafiori airfield and landed at Hounslow military aerodrome South West of London nearly 7 ½ hours later. This non-stop flight of some 1200 km lasted 7 hours 22 minutes and was a new World Record for distance and with a passenger.

For this exploit, Capt. Laureati was received by King George of England who conferred him the Royal Victorian Order on him personally. 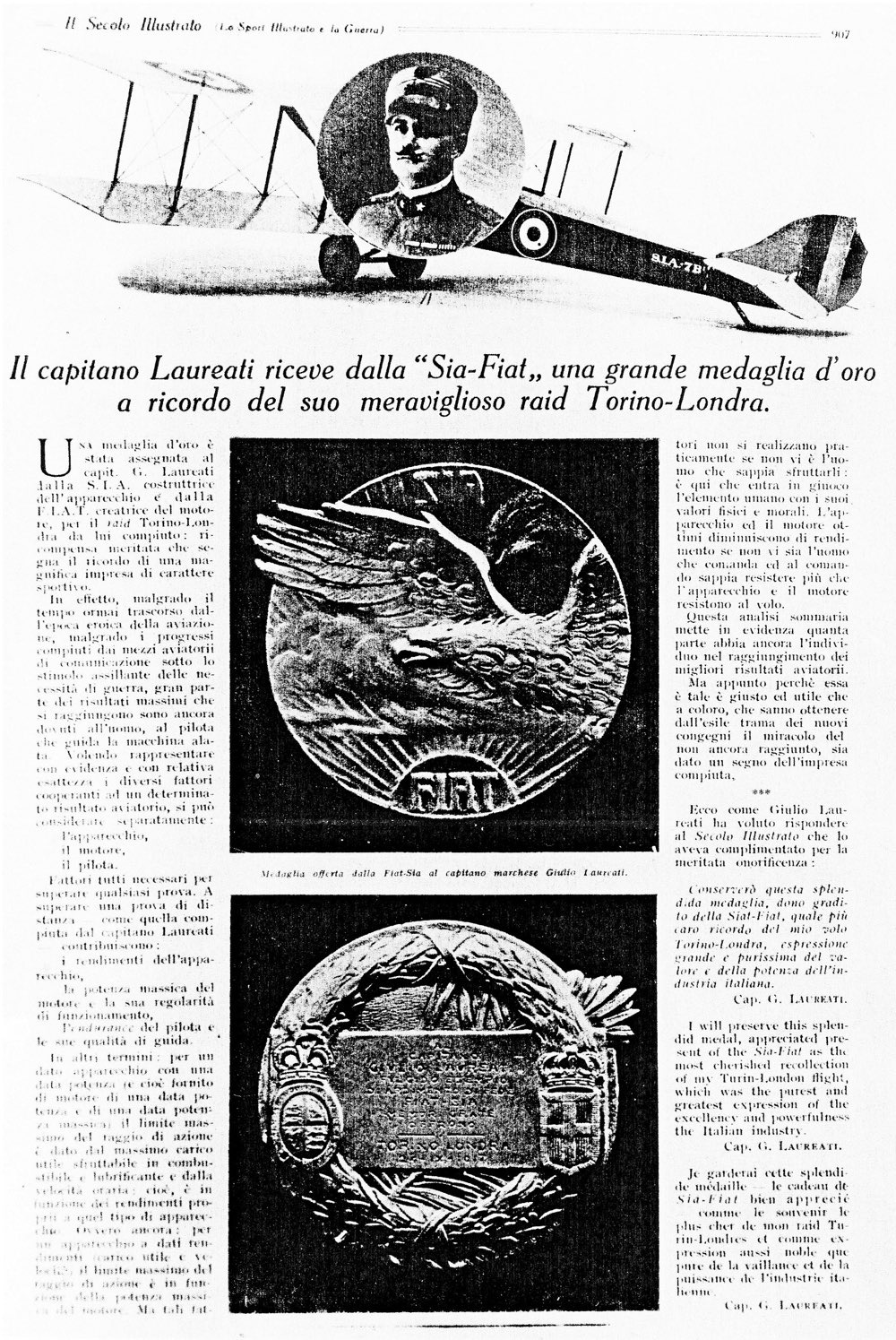