Among the many who were stationed at Mirafiori was Francesco Baracca from Lugo di Romagna, the man destined to become the most famous pilot in the history of Italian aviation.
On leaving school, he joined the Military Academy of Modena, graduating two years later, and in 1909 left for the Cavalry School at Pinerolo as a 2nd Lieutentant.
In 1910 he was assigned to the prestigious 2nd Cavalry Regiment “Royal Piedmont” based in Rome.
It was often said that cavalry officers had to have three qualities, known as “the three “B’s” – be “Bel, Biund and Bestia” (handsome, blond and bestial). Baracca was quite the reverse.
He gained his pilot’s brevet (No. 1037) in 1912 at Reims, France, and was promptly assigned to the Aviators Battalion with an initial posting to the Cascina Malpensa airfield. In 1913 he was sent to the Mirafiori airfield, and on the 13th of June, took part in the first parade of the Italian Air Force.

In July of that same year, he was transferred to the 6th Stormo at Busto Arsizio - and the rest is history. 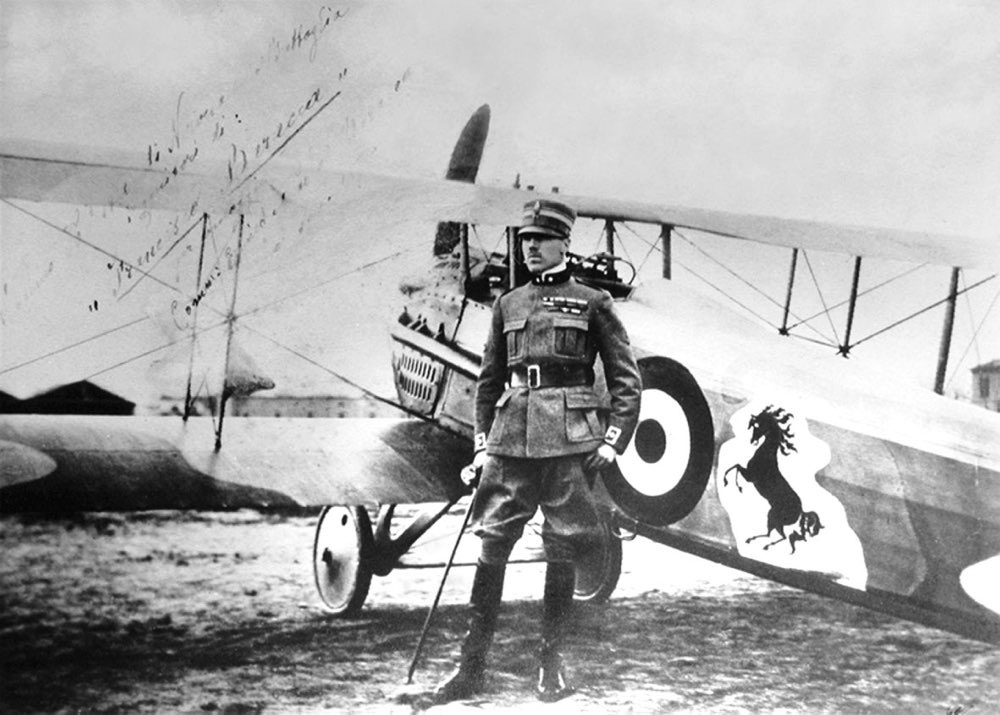