The first official airmail experiment between Turin and Rome was scheduled for 6 am on May 20, 1917. 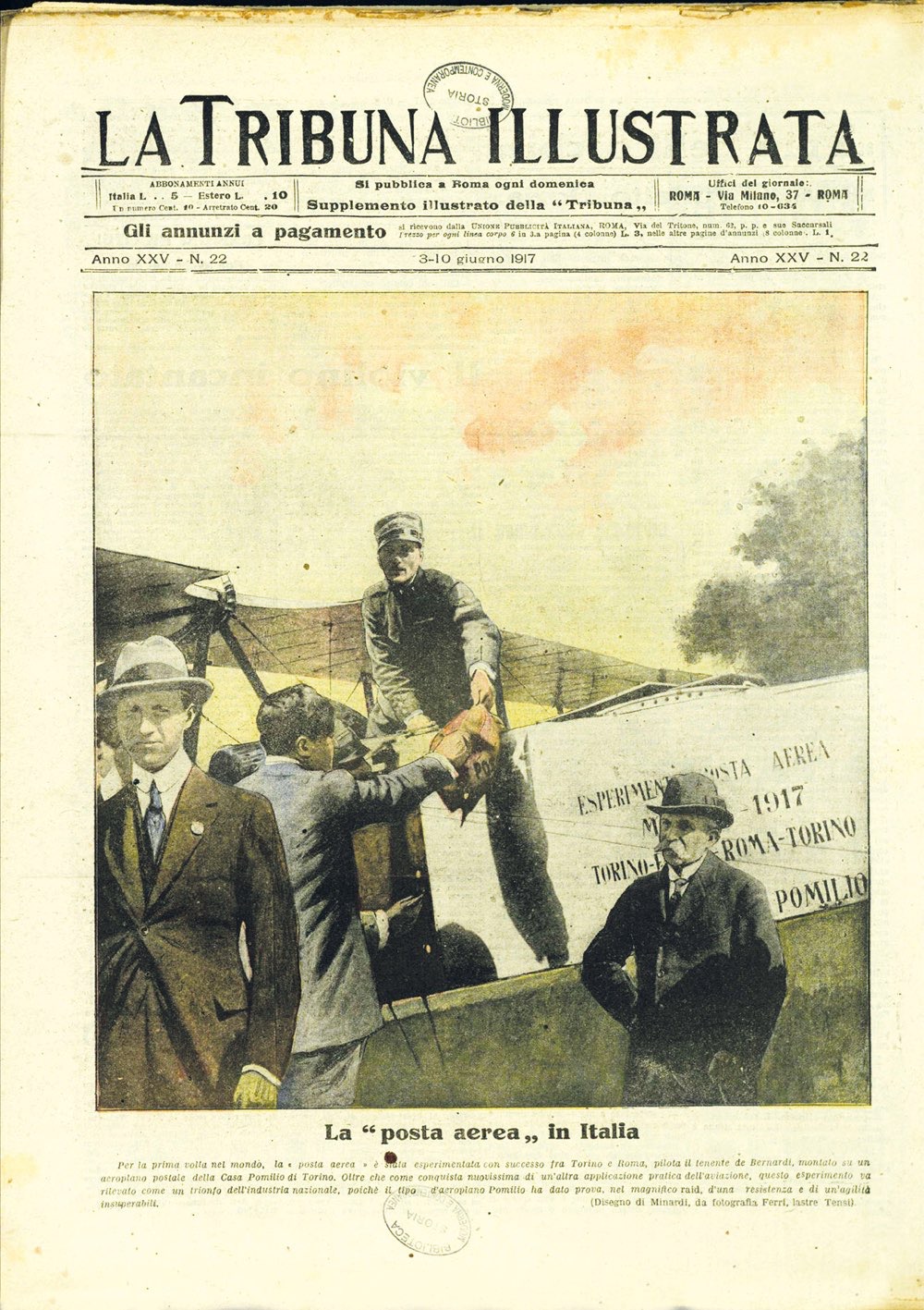 In an article published that day by “La Stampa” it was reported:

“[…] The mayor, Senator Count Teofilo Rossi will send His Excellency Boselli, the Mayor of Rome and the Minister of Posts and Telegraphs a goodwill message, with the best wishes and greetings of the Turin civic administration and citizens to the capital”.

Unfortunately, inclem­ent weather prevented the event from taking place as planned and “La Stampa” of May 21 commented on page 2:

Finally the weather improved and at 11.27 am on the 23rd of May 1917, the first Italian postal flight took place from Pomilio’s airfield (today Aeritalia). Lt. Mario De Bernardi, Pomilio’s test pilot, at the controls of a p.c (Pomilio Caccia) carried 200 kg of letters and 100 copies of the newspaper “La Stampa”, landing with some difficulty at 15,30, 4 hours and 3 minutes later, at the Centocelle aerod­­­­rome in Rome in the presence of civilian and military authorities.

The report in “La Stampa” punctually detailed the event as follows:

“[…] it was awaited […] by a large and elegant crowd held back by cordons of police on foot and on horseback […]. When the aircraft appeared above the field […] the pilot performed a daring evolution and then landed. During this last maneuver, the aircraft tail went up in the air, causing damage to the propeller and to the landing gear […] but it was quickly seen that the airman was quite unharmed and that the damage was minimal […].

[…] after a brief reception, Lt. De Bernardi, went by car to meet Boselli, the Mayor of the City for whom he had a plaque and messages from the Turin authorities […]”. 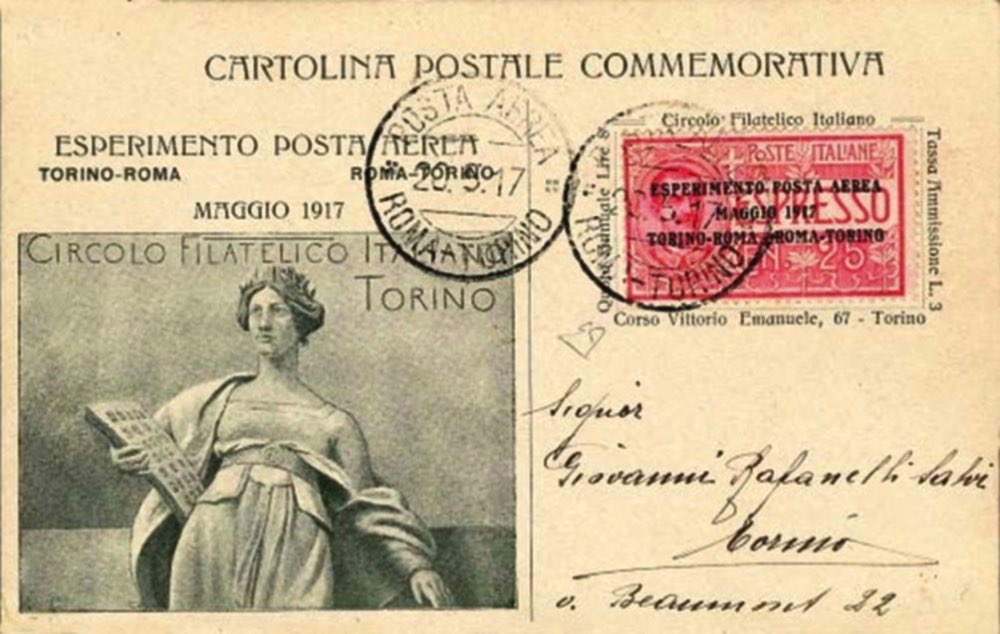 De Bernardi returned to Turin by train since the accident to the propeller during the landing did not allow him to fly back.
He later recounted his trip to the reporter:

“Once I was airborne I headed for Superga and immediately encountered a strong wind, but set the aircraft to cruise at a speed of 180 km/h […] I overflew the Giovi pass at a height of 2000 meters in strong winds and rain and then descended to a lower altitude to fly along the coast. The journey proceeded in fair conditions as far as Pisa. Here, bad weather made it difficult to continue the journey. The wind and intense rain posed the dilemma of landing or changing course. I preferred to change course and made a small deviation […]. At 15:21, I was over the City of Rome which I crossed at low altitude, and at 15:28 I reached the aerodrome at Centocelle where I landed [...]”.

A commemorative postmark was franked by the Italian postal service on the “25 cent Espresso” stamps carried aboard..
As mentioned earlier, the Pomilio factory and its airfield were sold to Ansaldo in 1918. They subsequently sold it to FIAT in 1926. Its name was changed to “FIAT Aeronatica d’Italia s.a.”, but was later abbreviated into the much better known “Aeritalia”.
At the time when FIAT added the word “Air” to its existing “Land and Sea” activities, its most important “air” was that of Aeritalia. 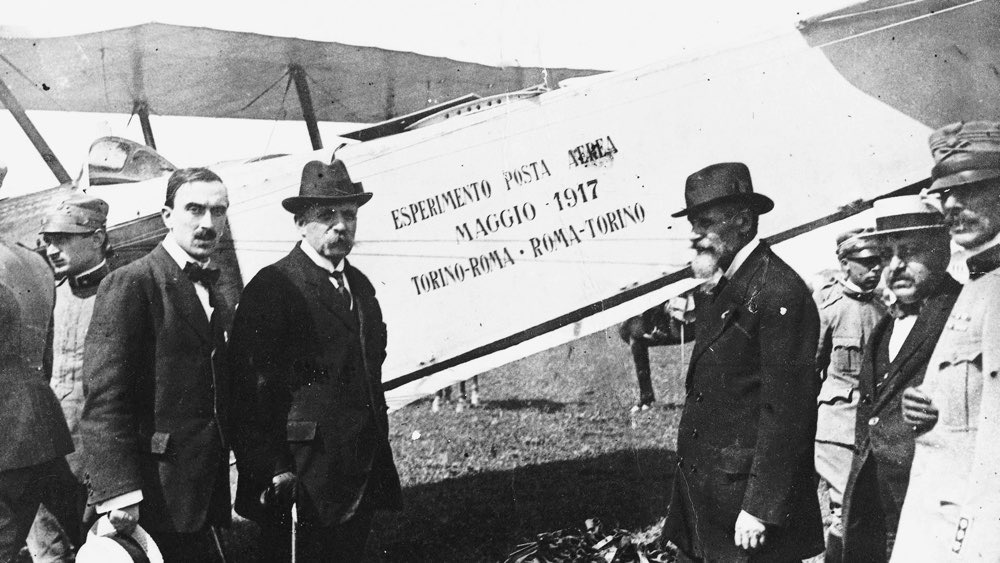 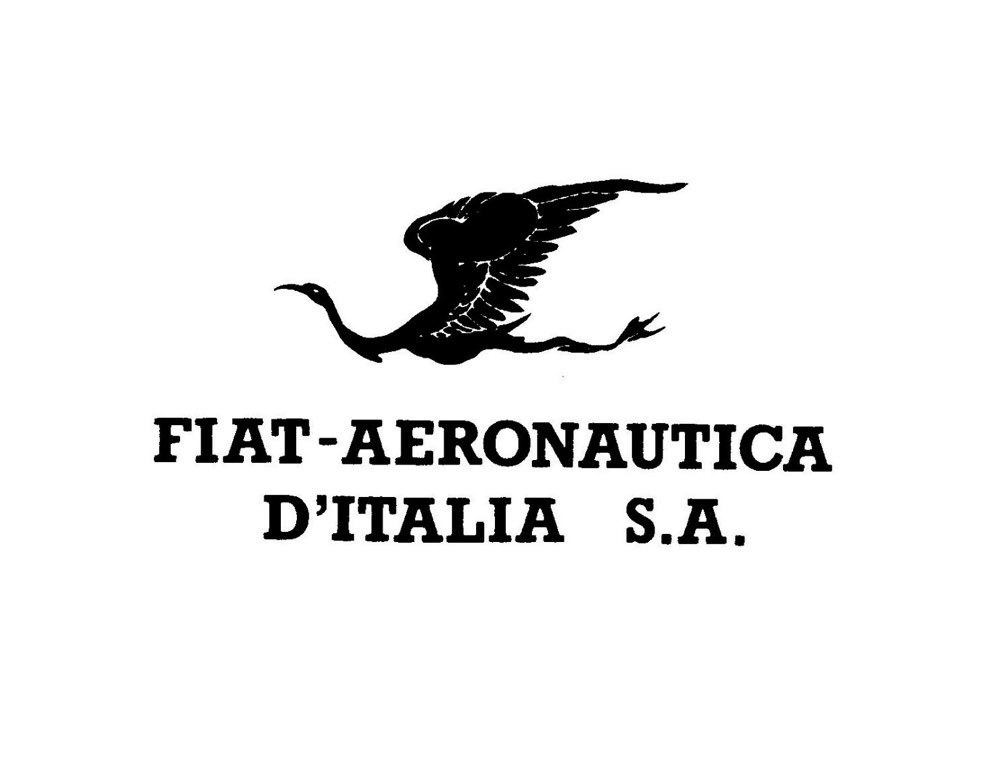 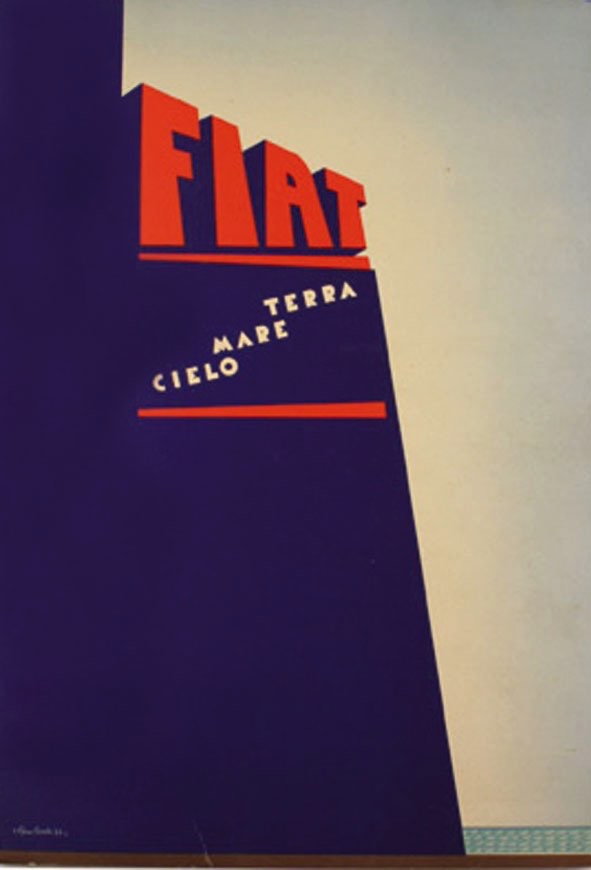 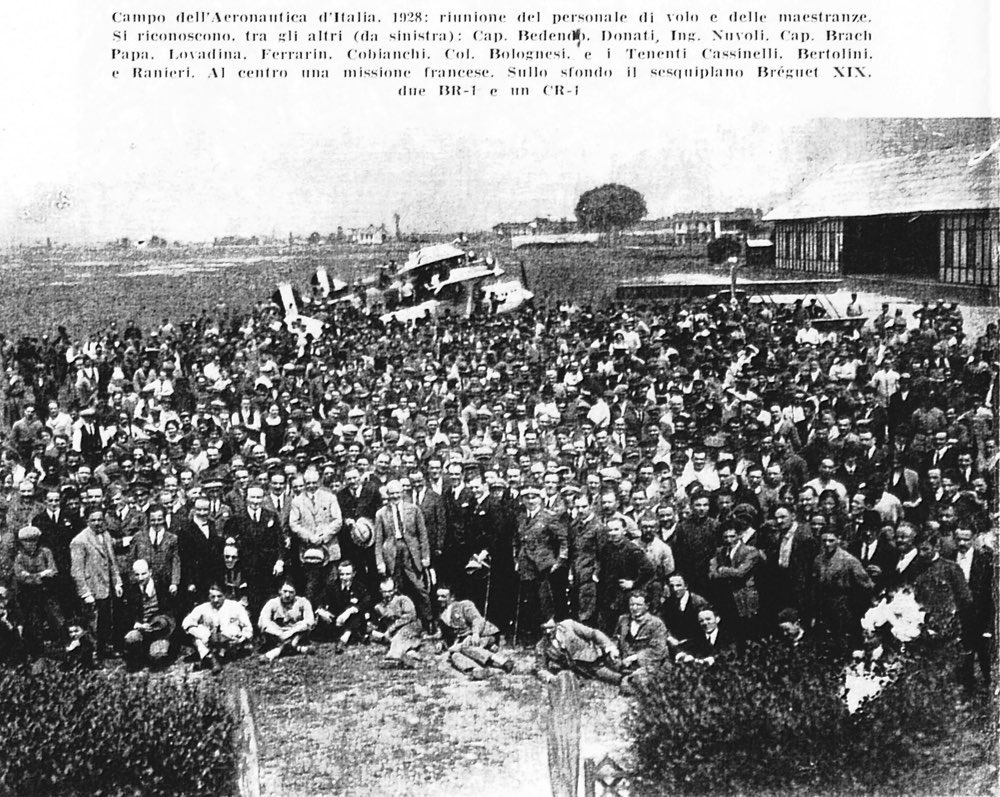