Amedeo di SAVOIA, DUCA di AOSTA, (Honorary President of the Aero Club “Gino Lisa” of Torino from 1937 during Ugo Sartirana’s presidency) and often referred to as the “Iron Duke” or the “Hero of Amba Alagi”. A pilot and General in the Italian army, he was the Viceroy of Italian East Africa from 1937 to 1941. 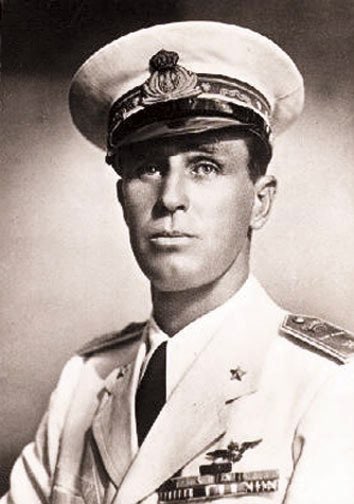 He was born in Turin in 1898, son of the second Duke of Aosta, Emanuele Filiberto and Elena of Bourbon-Orléans.
He gained a degree in Jurisprudence at the University of Palermo and on the 24th of July 1925, was licenced as a military pilot.
He was sent with the Army to Africa, where he took part in a number of raids, and was awarded the Military Silver Medal for his intrepid operations over Cirenaica.
During the ’30’s he was resident at the Miramare Castle, near Trieste, while he was the C.O. of the 29th Artillery Regiment “Gorizia”.
During this period he was also honourary president of the Trieste Football Club.
At the end of the Spanish Civil War, in 1939 he was proposed for the throne of Spain, following the deposition of the Bourbons, but the proposal was vetoed by General Francisco Franco, the Spanish Dictator.
On the 5th of November 1927, he married Anne of Orléans in Naples. The couple had two girls, Margherita who married Robert of Hapsburg-Este, second son of Carlo I, the Austro-Hungarian Emperor in 1953, and Maria Cristina who married Casimir of Bourbon-Two Sicilies in 1967.
In 1932 he transferred to the Royal Italian Air Force.
On the 21st of October 1937, he was nominated Governor-General of Italian East Africa and Viceroy of Etiopia.
During the Second World War, in 1941, he was Commander-in-Chief of the Army, and found himself fronting the overwhelming advance of the British troops in Italian East Africa.
With the few troops remaining under his command, he retreated to set up the last resistance in the mountains of Ethiopia. With 7,000 men, he was able to hold out at Amba Alagi from the 17th of April until the 17th of May 1941.
The Italian defence soon came under siege by General Cunningham’s 39,000 men. The Italian soldiers put up a strenuous defence for an entire month, but ultimately debilitated by the cold, lack of water and out of ammunition, they were forced to surrender to the British on the 19th of May 1941.
The British troops, as a gesture of regard for the resistance put up by the Italians, accorded the survivors the honour of their arms, allowing the officers to keep their pistols.
Amedeo d’Aosta died of malaria in Nairobi, on the 3rd of March 1942. He was 44 just years old.