In 1933, the Aero Club of Italy invited Dr Robert Kronfeld to present the recently-developed sport of gliding.
Kronfeld, an Austrian Jew, was an aerobatics champion who had perfected all the techniques of gliding and was the author of a number of technical papers about gliders and meteorology for unpowered flight.
Invited to Turin by the then President of the Turin Aero Club, Count Thaon di Revel, Kronfeld presented his glider in a highly appreciated Air Show at Mirafiori. 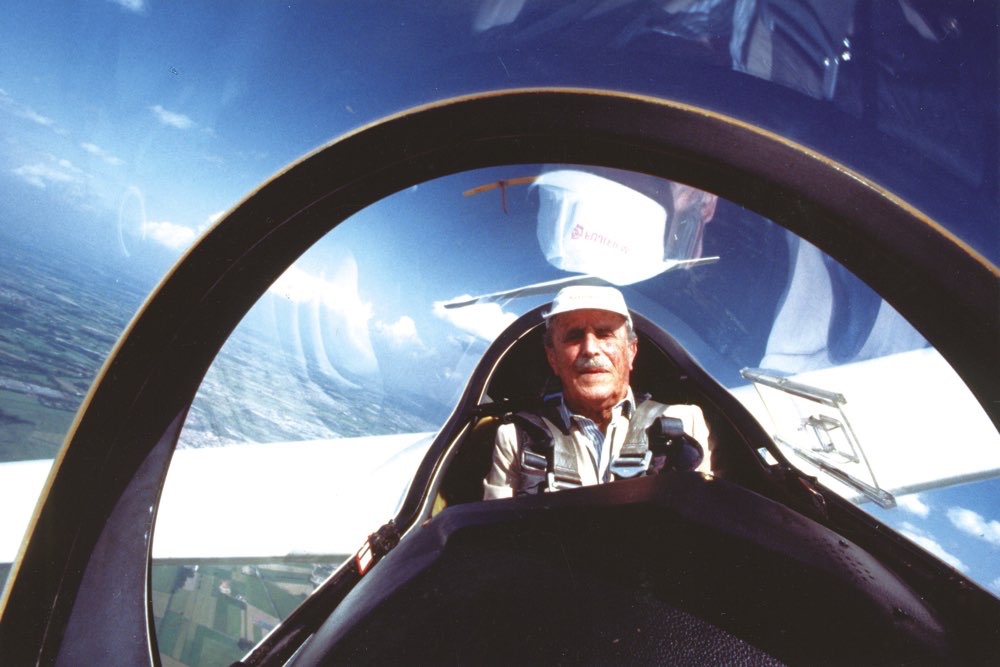 It was at Mirafiori that Kronfeld met Baron Piero Casana and invited him to participate in an Air Show in the skies over Vienna near the Luxembourg Castle in the presence of the Chancellor Dolfuss. This stimulating experience was the driver for the creation of the Turin Aero Club’s “Glider Section” in 1933. Its animator and first Director was none other than Baron Casana himself.

In July 1939, the first “Turin Sailplane Week” was organised at the “Gino Lisa” airfield at Mirafiori.

When the war ended, the Italian glider fraternity began to reorganise, and in 1946, the Federazione Italiana Volo a Vela (fivv - Italian Gliding Federation) was constituted. Baron Casana was nominated as its first President. He was succeeded by Vittorio Bonomi. 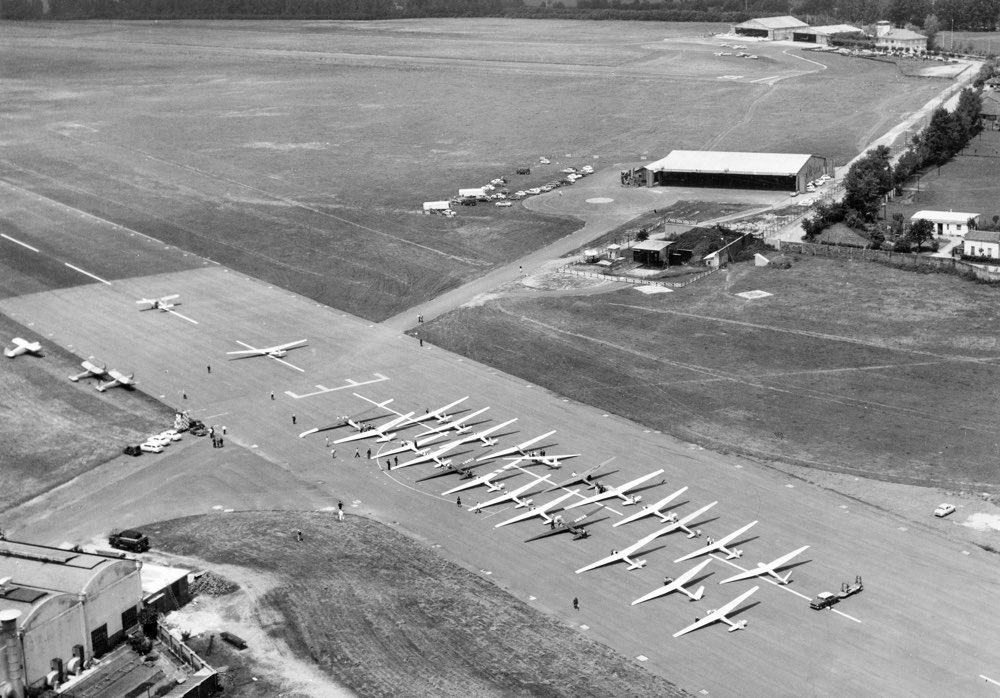 In June 1947 Casana organized the second “Turin Sailplane Week” at Aeritalia. This enjoyed considerable success for the large number of entrants both old and young. Among the more famous participants were Rovesti, Mantelli, Vaghi, Galimberti, Lagler and Riccardo Brigliadori (elder brother of Leonardo, who went on to become World Champion in the “Standard” class in 1985).
In 1952, under the patronage of Baron Piero Casana, the Gliding School was opened at Aeritalia, with Angeloni as the instructor and Casana himself as the director.
The first gliders employed were a “Canguro” and an “Asiago”, followed by a “Zigolo” and a “Veltro”, all towed by a “Caproncino”.
Sailplane flying joined powered flying as a sport with an academic slant. In fact the Glider Section (following the example of the German “Akaflieg” and the Milan Polytechnic’s Gliding Centre) became the initial operative arm for the design activity of the Turin Polytechnic. 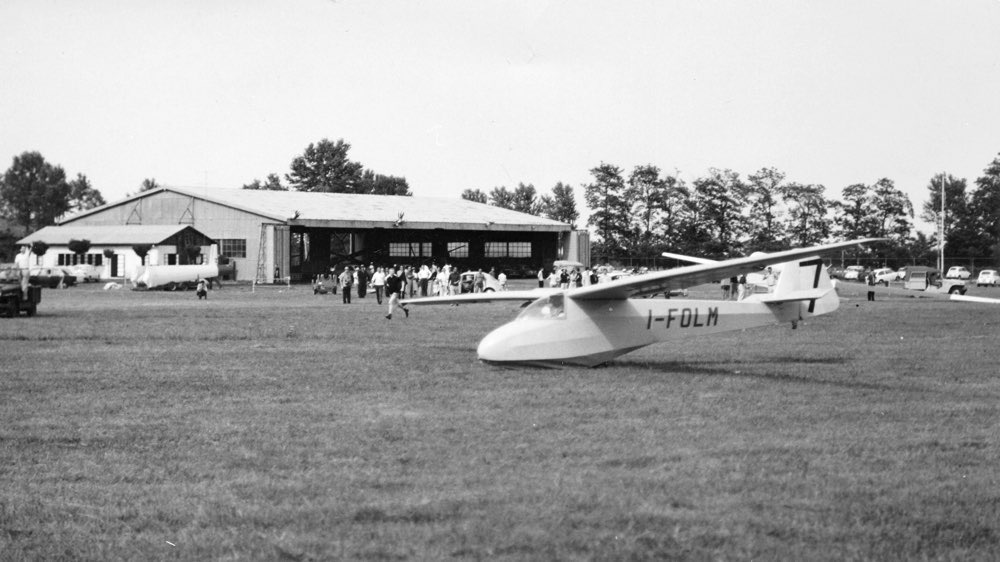 There are many exploits worth recalling in this discipline, beginning with those of Alberto Morelli, who in 1957, for the first time in Italy, flew a distance of over 300 km, and of Gianni De Marta and Dario Rasero who in 1963 over Mount Ruitor, in Valle d’Aosta, reached an altitude of over 7,000 metres for the first time. Outstanding at the individual level of sporting prowess we find Carlo Della Chiesa, Italian Gliding Champion in 1970 with an fk3 and Nino Perotti, who became Italian Standard Class Champion in 1972, 1973, 1979, 1980 and 1981, and finally Giancarlo Grinza, italian champioship of 2013.
And let’s not forget the ladies, particularly Marisa Seren Bernardone, who set the Italian womens record of 5,480 metres (17,755 feet) for height gained on the 30th April 1971 in her m-100 s glider i-oulx. Even today this remains unbeaten.
In 1962 the Aero Club of Turin organised the first of the gliding competitions called the “City of Turin Trophy” (won by Leonardo Brigliadori). This race, held annually since 1983, has become the classic “first-of-the-season” challenge for Italian gliding, maintaining its fascination right up until today (see Table 1, List of Winners). 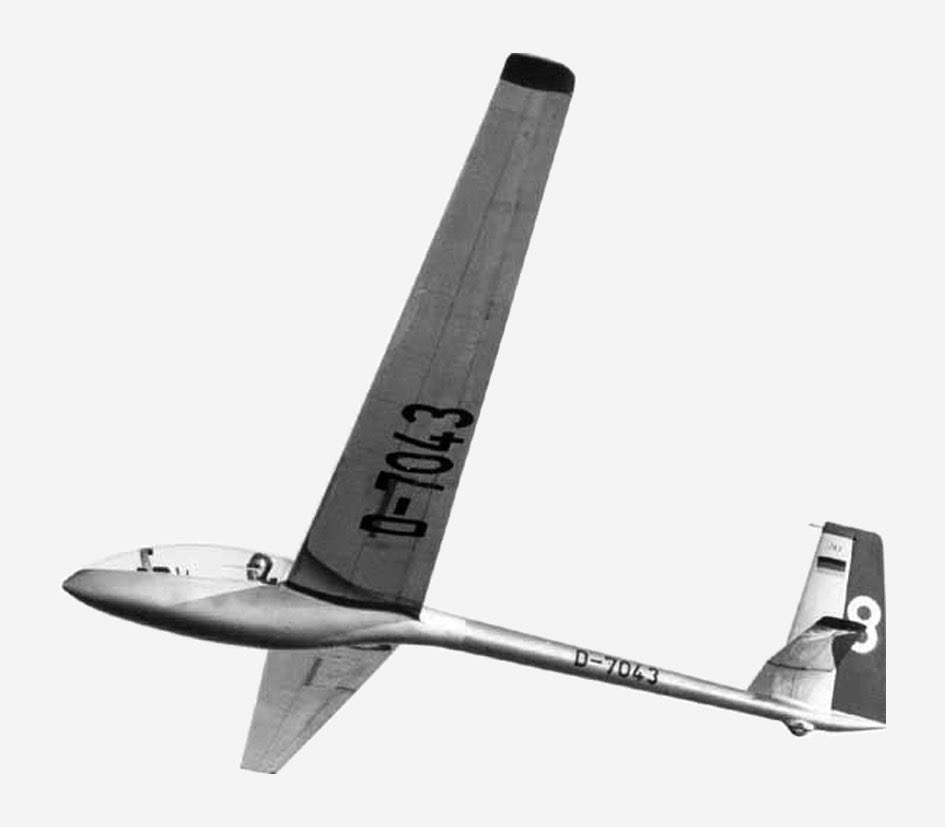 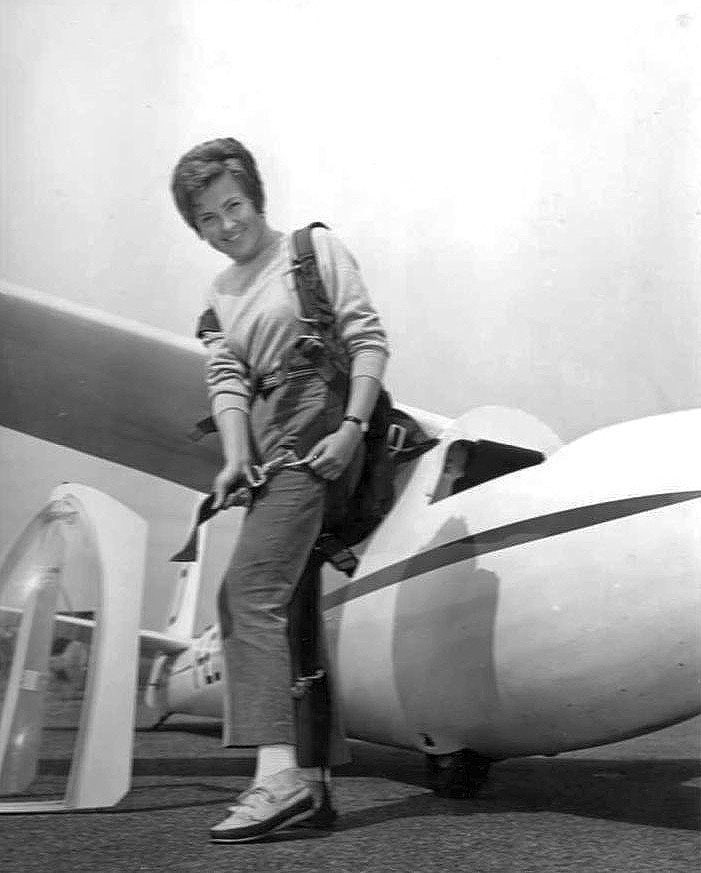